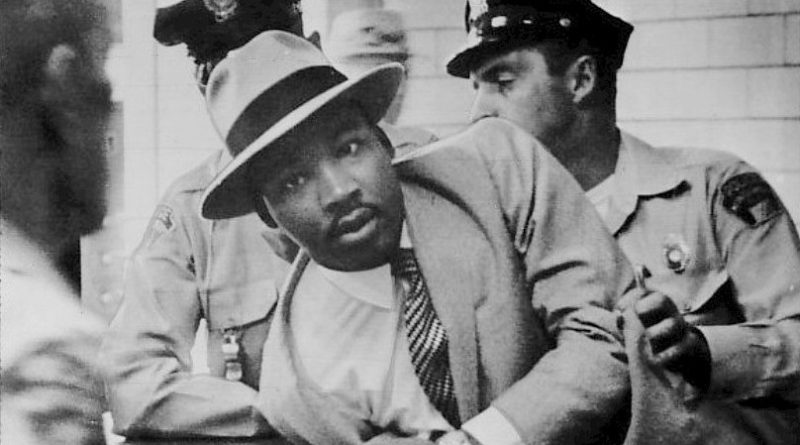 While the FBI now whitewashes Martin Luther King Jr. for PR, it previously plotted to “neutralize” him, blackmailing the civil rights leader, attacking MLK as a “filthy, abnormal animal.”

“First they ignore you. Then they ridicule you. And then they attack you and want to burn you. And then they build monuments to you,” declared socialist leader and union organizer Nicholas Klein in 1914 (in a quote often misattributed to Mahatma Gandhi). Klein added, “In this story you have a history of this entire movement.”

Nearly 50 years after his murder, Martin Luther King Jr. is lionized by the very forces that ridiculed, attacked, and wanted to burn him. The same government institutions that threatened King’s life and called him the “most notorious liar in the country” and a “filthy, abnormal animal” are applauding him today.

The radical legacy of the civil rights icon — who not only valiantly fought Jim Crow, but also harshly condemned capitalism and spoke out bravely against the US war in Vietnam, alienating the vast majority of the liberal establishment — has been so thoroughly whitewashed that the very same government institutions that wished death on King are now heaping praise on his memory.

What the FBI did not mention in its tweet is that King, who was arrested 30 times in his life, was a primary target of COINTELPRO — the FBI’s Counter Intelligence Program that spied on, threatened, and even assassinated revolutionary leaders in the Black liberation, socialist, and anti-imperialist movements.

The FBI relentlessly harassed and threatened King. It listened to his phone calls. It spied on his romantic affairs. It taunted him and repeatedly called his house.

After he gave his famous “I have a dream” speech in 1963, the FBI dubbed King the “most dangerous and effective Negro leader in the country.” FBI department heads held a meeting to discuss “a complete analysis of the avenues of approach aimed at neutralizing King as an effective Negro leader.”

In the name of fighting communism, FBI Director J. Edgar Hoover ordered King and his Southern Christian Leadership Conference to be surveilled. The FBI placed dozens of microphones in places King frequented and wiretapped his phones, with the approval of Attorney General Robert F. Kennedy. In order to gauge “the communist influences upon him,” the FBI tracked “all instances of King’s travels and activities.”

When King was awarded the Nobel Peace Prize in October 1964, the FBI was incensed. In an infamous November press conference, FBI Director Hoover slammed King as “the most notorious liar in the country.” Off the record, Hoover also called the civil rights icon “one of the lowest characters in the country.”

A few days after the press conference, the FBI sent King a chilling anonymous letter, blackmailing him and telling him to kill himself. The FBI called King an “evil, abnormal beast” and a “complete fraud and a great liability to” Black Americans. “Your end is approaching,” the FBI wrote, describing him as “not a leader but a dissolute, abnormal moral imbecile.”

“King, there is only one thing left for you to do. You know what that is,” the FBI concluded, strongly hinting at suicide. “You are done. There is but one way out for you. You better take it before your filthy, abnormal fraudulent self is bared to the nation.”

King persevered for three more years until his assasination in 1968. In 1999, a jury decided in a Tennessee civil suit that the US government was complicit in the killing of King.

A March 1968 FBI memo, from the month before King’s death, discussed ways to “prevent the rise of a ‘messiah’ who could unify, and electrify, the militant black nationalist movement.” The memo, which is redacted, hinted that a leader like King “could be a real contender for this position should he abandon his supposed ‘obedience’ to ‘white liberal doctrines’ (nonviolence) and embrace black nationalism.”

“Through counter-intelligence it should be possible to pinpoint potential trouble-makers and neutralize them,” the memo added. The next year, the FBI was involved in the murder of Fred Hampton, the chairman of the Illinois chapter of the Black Panther Party and another potential “black messiah” the agency had targeted.

Five decades later, however, despite their well-documented history of trying to destroy King, the FBI and other government institutions now use him to try to whitewash their sordid histories.

The real King was an uncompromising political radical. He recognized that the US government was “the greatest purveyor of violence in the world.” He implored people to “question the capitalistic economy” and insisted, “We can’t solve our problem now until there is a radical redistribution of economic and political power.”

King linked white supremacy to imperialism and Jim Crow in the US to apartheid in South Africa. When he came out against the barbaric war in Vietnam, which would leave millions dead, he was castigated by liberals and conservatives alike. The editorial boards of The New York Times and The Washington Post cast their scorn on King; on one day, 168 separate newspapers berated him.

Yet King persisted. He declared that “the evils of racism, economic exploitation, and militarism are all tied together, and you really can’t get rid of one without getting rid of the others.” He also said activists must “make it clear that America is a hypocritical nation,” and maintained, “The whole structure of American life must be changed.”