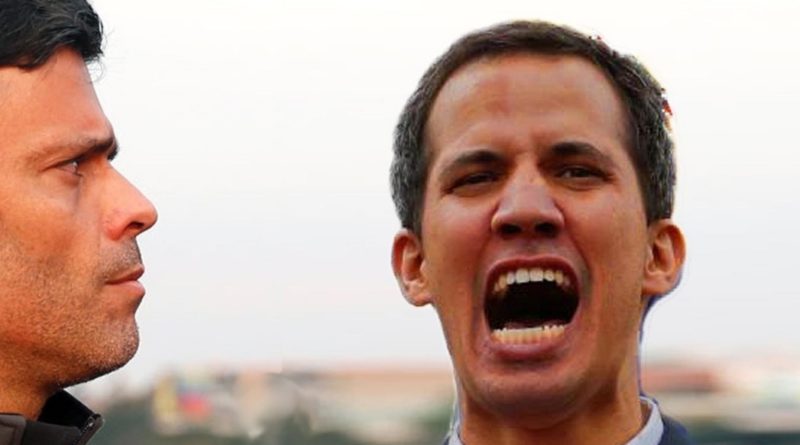 Three politicians that support Leopoldo López and Juan Guaidó, have withdrawn from their “functions” in the last hours.

One is Guaido’s “ambassador” who publicized her estrangement through social networks, she is the representative of the self-proclaimed interim president, Juan Guaidó in Chile, Guarequena Gutiérrez, from the Acción Democrática party like her father, the old Adeco leader, Bernabé Gutiérrez.

Guaidó’s “ambassador” to the Chilean regime of Sebastián Piñera alleged “economic and migratory reasons” that contradict the supposed character of a diplomat allegedly representing the legitimate government in Venezuela.

In statements published by Chilean media, Gutiérrez has expressed that she does not receive a salary and that makes the processing of an ordinary visa application in Chile difficult.

On the other hand, in the last hours, two members of Voluntad Popular joined the list of militants who decided to depart from the group founded by Leopoldo López.

One is Ana Karina Garcia, who posted a letter of resignation to her Twitter account in which she expresses that the elements leading to her decision are: “cronyism, money and power behind the choosing of people.”

In another message, she complained that at Voluntad Popular they unleashed a campaign against her and she said that her “right to think differently” was not respected in López’s party.

Likewise, according to Patricia Poleo, also an opposition journalist, on social media the other right-wing militant who separates from Voluntad Popular is Rosmit Mantilla, who was involved in the acts of violence during the 2014 “guarimbas” in Venezuela.

Last May, a request for interpretation was introduced before Venezuelan Supreme Court of Justice that seeks to determine if Voluntad Popular has become a terrorist organization, given its proven link to illegal, violent and unpatriotic acts promoted by Leopoldo López and Juan Guaidó.

It is unknown if the possibility that the organization might lose its character as a political group and be permanently outside the law, is related to the resignation of these and other members who have decided to abandon ship.