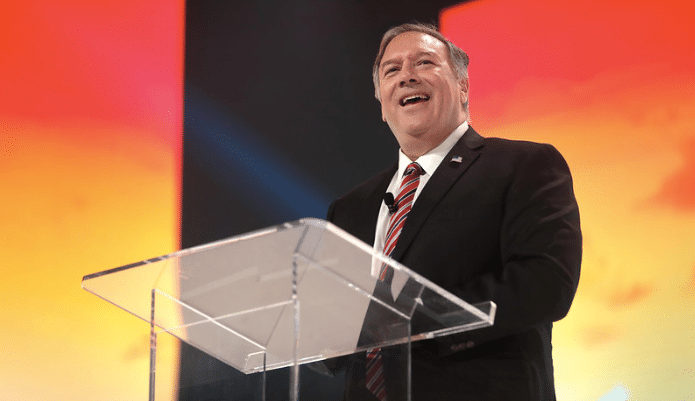 There were no criminal prosecutions for anyone in the Central Intelligence Agency when they operated a torture program. The White House under President Barack Obama fully embraced a drone program that involved targeted assassinations.

Now, we learn that the CIA redefined WikiLeaks as a “hostile entity” and sought to label WikiLeaks founder Julian Assange as an “information broker” to justify aggressive actions intended to disrupt journalism. They even had plans to kill him.

The latest revelations around Assange are exactly why so many advocates did not think it was acceptable for the Obama administration to move forward and not look backward.

For Yahoo! News, journalist Michael Isikoff, along with help from Zach Dorfman and Sean D. Naylor, reported on “secret war plans” against Assange that involved proposals for kidnapping and assassination.

CIA director Mike Pompeo became obsessed with Assange and WikiLeaks after the publication of “Vault 7” materials. He sought revenge and redefined the media organization as a “hostile entity.” (His successor, Gina Haspel, shared his thirst for vengeance.)

“It directed Chelsea Manning in her theft of specific secret information. And it overwhelmingly focuses on the United States while seeking support from anti-democratic countries and organizations. It’s time to call out WikiLeaks for what it really is, a non-state hostile intelligence service often abetted by state actors like Russia.”

Pompeo promoted a conspiracy theory riddled with fabrications, which became the narrative for the initial indictment against Assange released two years later.

After WikiLeaks helped Snowden leave Hong Kong and WikiLeaks published emails from the Clinton campaign, the CIA believed WikiLeaks staff and individuals affiliated with WikiLeaks were valid targets. They could hack their personal devices “from afar.”

The agency could also paralyze WikiLeaks’ “digital infrastructure,” disrupt their communications, provoke “internal disputes within the organization by planting damaging information,” and steal “WikiLeaks members’ electronic devices.” (Note: There are no “members” of WikiLeaks.)

Plans escalated as Pompeo proposed kidnapping Assange in the summer of 2017. He talked about putting Assange on a rendition flight. They considered breaking into the embassy, dragging him out, and bringing him to where the CIA wanted.

“Agency executives requested and received ‘sketches’ of plans for killing Assange and other Europe-based WikiLeaks members who had access to Vault 7 materials, said a former intelligence official. There were discussions ‘on whether killing Assange was possible and whether it was legal,’ the former official said,” the Yahoo! News further revealed.

Around this same time, the CIA developed some kind of an arrangement, where Undercover Global, a Spanish firm in charge of security at the Ecuador embassy in London, rigged microphones and cameras. They provided agents with audio recordings and video footage of Assange, his legal team, and journalists and other guests who visited him.

The CIA backed Ecuador President Lenin Moreno and his administration in their campaign to pressure Assange to leave the embassy.

Additionally, the Justice Department was reportedly fearful of the CIA’s plans to kidnap or even kill WikiLeaks founder Julian Assange. But rather than go to Congress or leak certain details to the press, the Justice Department decided it was best to indict Assange so the CIA would no longer be able to mount operations in the shadows.

Justice Department prosecutors disregarded the conclusions of lawyers under Attorney General Eric Holder that there was a “New York Times problem” and Assange could not be prosecuted under the Espionage Act without exposing editors of newspapers that published WikiLeaks documents to potential charges.

It is as perverse as any assassination fantasy that Pompeo had.

The political prosecution is built on a moral rot at the core of the U.S. national security establishment and politicians who have sold their souls to these institutions.

The CIA spied on the Ecuador embassy, collected legally-privileged conversations among attorneys, and broke into the personal devices of guests visiting Assange.

The FBI worked with an informant named Siggi Thordarson, a serial liar and sociopath who embezzled funds from the WikiLeaks store and sexually preyed on underage boys.

And now we know the CIA was out for revenge and have key details about how the agency plotted to assassinate a publisher.

Because there are no meaningful consequences for crossing any boundaries.

I put together a thread on the Yahoo! News report, which Snowden noticed. It contains some more highlights.

For people who don't actually click through to news stories, this is the best thread summarizing today's biggest story, on the government's secret plans to kill or kidnap a journalist whose reporting they dislike: https://t.co/OkUu3k5GK5

Earlier this morning, I was on the The Hill’s “Rising” to discuss the report:

Today on @HillTVLive's "Rising" — @RyanGrim, @RobbySoave, and managing editor of Shadowproof, @kgosztola, react to reporting that the CIA developed plans to assassinate Julian Assange for his role in the Vault 7 leaks. https://t.co/3gwZC5tDHe pic.twitter.com/EH6CJ1fm1s

Or if you’d like a deeper dive into the report, I spoke with CIA whistleblower John Kiriakou for 50 minutes on Sunday.

Kevin Gosztola: Managing editor of Shadowproof, host of the “Dissenter Weekly,” co-host of the podcast “Unauthorized Disclosure,” and member of Society of Professional Journalists (SPJ)

Featured image: Former CIA director Mike Pompeo, who could not stop thinking about how to kill Assange | Photo by Gage Skidmore