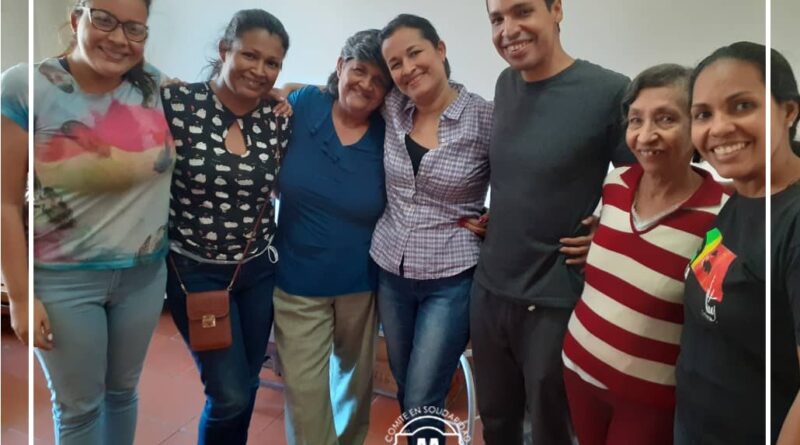 In place of imprisonment, the court sentenced former managers of Petróleos de Venezuela SA (PDVSA) Aryenis Torrealba, and Alfredo Chirinos to house arrest, following their conviction for the crimes of divulging classified information.

“These officials leaked sensitive and confidential oil industry information, which resulted in the imposition of sanctions by the United States government,” said Attorney General Tarek William Saab. The Public Ministry will appeal the decision, added Saab, because the officials were not sentenced for corruption, and it contends there was evidence to warrant conviction on that offense also.

Torrealba and Chirinos will serve the five-year sentence of imprisonment in their homes. The charges of espionage, terrorism and criminal association were dismissed.

Featured image: Aryenis and Alfredo with their relatives at home under house arrest. Photo courtesy of @aryenisyalfredo.