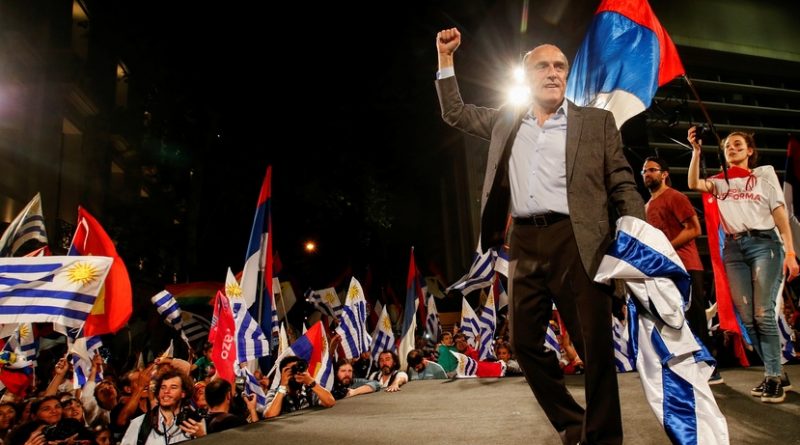 According to Reuters, Daniel Martinez from the ruling leftist coalition (Frente Amplio) is leading the first round of Uruguay’s presidential election, but not by enough to avoid a second round that might be trouble for the leftist candidate.

Martinez polled 40% to rival Luis Lacalle Pou’s 29%, the polls conducted by Factum, Cifra, Opcion and Equipos suggested. If no candidate gets over 50% of the vote, the two with the most votes will meet in a run-off on the last Sunday of November.

Frente Amplio coalition has run Uruguay for more than 14 years, but Martinez, a former mayor of the capital Montevideo, faced a significant challenge from a resurgent conservative right.

The results for Frente Amplio are in line with the most optimistic poll scenarios for last October: In an almost certain second round to be held on November 24, former Montevideo mayor Daniel Martínez would face former coach Lacalle Pou from the National Party (Right), who in that case is expected to have the support of economist Ernesto Talvi (Colorado Party) and other opposition sectors.

The correlation of forces of small parties goes between 10% and 20% support, and these opposition organizations, right-wing, could join forces against Frente Amplio.

In a second-round scenario, the polls already reviewed give all, without major discrepancies, a victory to the right-wing PN (National Party) with a close margin. Only upcoming events or a radical and effective campaign change could keep the FA in government. The victory of Evo Morales in Bolivia and Alberto Fernandez in Argentina, both from the left might have a positive influence in the results of the second round in Uruguay on November 24th.