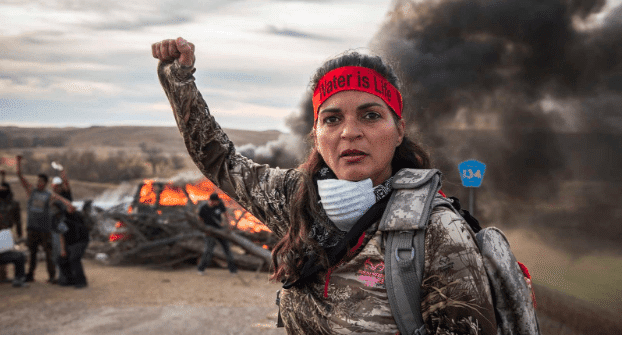 Cities across the U.S. are celebrating Indigenous People’s Day on Monday. On what is formally referred to as Columbus Day, indigenous groups and activists have fought to not only expose the history of Columbus but also to honor the indigenous people who were so violently affected by Columbus “discovering” America. 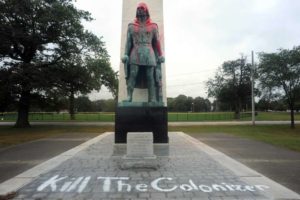 Columbus did not “discover” America

In the U.S., children are taught from a young age that Christopher Columbus discovered America in 1492. Stories depict Columbus as a great explorer who sailed across the Atlantic Ocean from Spain to the Americas. This expedition is routinely portrayed as a great achievement in the advancement of Western civilization. In reality, the historical record of Columbus’ so-called expedition to the Americas warrants review.

Columbus did not discover America. Indigenous people already inhabited the Americas. Contrary to popular belief, Columbus never even walked on U.S. soil. Additionally, while Columbus is celebrated as the first to discover the “New World,” his accidental arrival to the Bahamian island known as Guanahani in Taíno was not the first time that peoples from outside the Americas had come to the western hemisphere. There is extensive historical evidence that the Vikings, as well as Asian and African sailors all came to the Americas before Columbus.

What put Columbus in a class of his own is that he opened the Americas to looting and plundering by Spain and, soon, by other European powers. Christopher Columbus’ “discovery” led to the deaths of millions of Taino Arawak indigenous people, the group he first encountered. Through murder, sickness, and exploitation, Columbus’ effect on them was close to genocidal. Modern capitalism was built on the wealth accumulated through the exploitation of the natural resources in the Americas, as well as the exploitation and murder of the people who lived here.

U.S. capitalism was built upon the death of tens of millions of native people. Their lands, just like their lives, were stolen. The expansion of “the West” was carried out through forced migrations like the Trail of Tears, when Europeans devised an aggressive policy to move indigenous people to parts of the country with worse soil and less natural resources. Many died before ever reaching their destination. This genocidal policy made room for capitalists to expand their industries and build railroads to sell their products. Such atrocities trace back to British-controlled America, where colonists forcibly removed indigenous people by a different means, including biological warfare. Well-chronicled practices like intentionally passing along blankets infected with smallpox are evidence of the brutality and entitlement of the settler state.

RELATED CONTENT: What is CONAIE, the Key Actor in Ecuador’s Crisis

As history has shown, however, attacks on native people have been met with resistance. From Sitting Bull to Geronimo to the victory at Little Big Horn, native peoples have fought for their right to self-determination by protecting their land and their resources. 500 years of Native resistance have been documented from the Bahamas to Brazil to Ecuador. The arrival of Columbus was similarly resisted.

The fact that many people today recognize the devastation wrought by the colonization of the Americas and reject the celebration of Columbus Day is one step forward. But this is about more than a holiday and name: we need to continue to fight Columbus’ legacy. The continuous impoverishment of indigenous people, police attacks on native communities, ongoing land dispossessions, and U.S. imperialism sending death squads to stop uprisings represent the “civilization” forced onto native people of the world today. 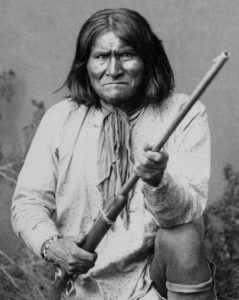 The role of the International Monetary Fund (IMF) in semi-colonial countries like Ecuador involving the privatization and plunder of resources is a modern continuation of Columbus’ colonial legacy. The IMF enforces the payment of unpayable debts. This is why the indigenous working class of Ecuador is rising up against the IMF. But really, imperialist countries owe a debt to semi-colonies, not the other way around. Imperialist countries owe a debt for the genocide of indigenous people and for the plunder of the land and the planet.

The brutal legacy of Columbus continues beyond the dispossession of land and enforcement of debt. The terror inflicted on indigenous people in the United States has caused deep wounds: historical wounds and the continued wounds of poverty and joblessness. Femicide, in particular, is one such cause for concern as the number of missing and murdered indigenous women, which has always been disproportionately high, has only increased in recent years, as the statistics show. In many cases, the reservations native people live on have no jurisdiction over the crimes committed on their lands, and white judges have let perpetrators go free.

The celebration of Indigenous People’s Day, in lieu of honoring the murderer Christopher Columbus, comes at a moment when the resistance and the struggles of indigenous people, as well as their repression, are becoming more intense. From the water protectors at Standing Rock to the indigenous-led struggle in Ecuador to oust President Lenin Moreno, native people are fighting back. As the Amazon burns, indigenous people are fighting back. 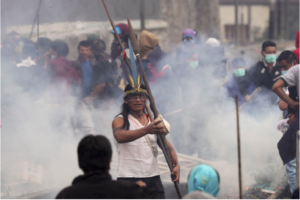 The issue of climate change has increasingly come to the fore and highlighted how indigenous people have always been at the forefront of denouncing the effects of colonialism on humans and on the environment. The defense of the planet has often been led by indigenous people around the world. These leaders, however, have been repressed and jailed for their activism, as is the case with Red Fawn at Standing Rock. Other indigenous environmentalists have been brutally murdered with increasing frequency–the great Honduran indigenous leader Berta Cacares, for example, was murdered for her activism.

Native people have rich cultural history, with a deep respect for the environment at the center. An appreciation for this cultural history is an important aspect of celebrating indigenous history and resistance. The revitalization of diversity of gender and sexuality, particularly of two spirit people, also reveals that LGBTQ people are not a new “choice” or a product of “bourgeois decadence” but were part of the original cultures of the Americas before Columbus. 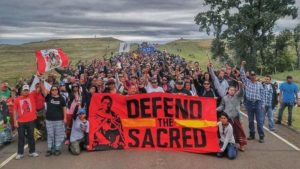 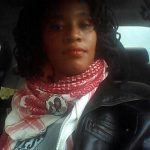 Julia is a contributor for Left Voice and has been a revolutionary socialist for over ten years. She served on the South Central Neighborhood Council in Los Angeles and is a member of SEIU Local 721. Julia organizes against police brutality and in defense of LGBTQ, women, and immigrants' rights. When she's not actively fighting the patriarchy, white supremacy and/or capitalism, she enjoys many things: she loves Thundercat, plays ultimate frisbee and is a founder of the team, "Black Lives Hammer."

Julia is a contributor for Left Voice and has been a revolutionary socialist for over ten years. She served on the South Central Neighborhood Council in Los Angeles and is a member of SEIU Local 721. Julia organizes against police brutality and in defense of LGBTQ, women, and immigrants' rights. When she's not actively fighting the patriarchy, white supremacy and/or capitalism, she enjoys many things: she loves Thundercat, plays ultimate frisbee and is a founder of the team, "Black Lives Hammer."