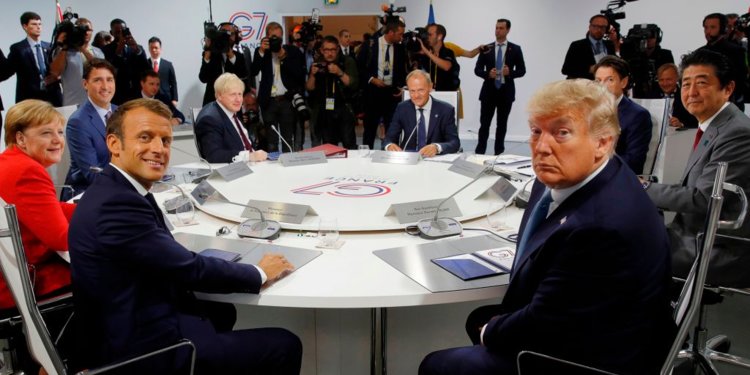 The G7 Summit has just finished in Biarritz, France. Political leaders of some of the planet’s most powerful countries (Germany, France, Canada, United States, Italy, Japan, United Kingdom) met there, together with representatives of other institutions and guests, such as Spain’s Prime Minister Pedro Sanchez. “Working for a fairer capitalism” was the slogan of their economic agenda. If that seems like sarcasm it’s because it is. But when propaganda is utilized without scruples, nothing surprises, it all counts; even the most outrageous lies.

They say they are working for a fairer capitalism. They who from their political responsibilities are contributing to the highest rates of inequality in recent history. And they have worked, to call it somehow, surrounded by the luxury and comfort within reach of only the most privileged. And protected of course from the justified outrage of demonstrators by thousands of police and military officers.

Trump and company, and those who shaped the summit’s economic agenda, to their liking used overwritten statements and generic speeches, with no concrete commitment. Why would they bring up people’s problems anyway? In reality, they were pretending that these summits are useful and, perhaps what’s most important, launching the message that those meeting in Biarritz and the political class they represent are part of a consensus while looking worried from afar about inequality, an aspect they are trying to correct.

Just a big lie. On the contrary. They—who allege to be looking for solutions against inequality—belong to an elite class that has gotten rich blatantly thanks to the separation of wealth. They have not only profited from crises but the truth is that before the financial crisis they were part of an oligarchic network that has gathered an increasing part of the revenues, wealth, and power.

Policies undertaken by these “champions of equity” in their corresponding countries and echoed in international institutions where—they play a dominant role as a matter of fact—are aimed precisely at an increasing, embedded, and systemic inequity.

Not to beat around the bushes—like those who have no other goal than preserving and strengthening the current state of affairs—but decreasing inequality deals, among other issues, with implementing a firmly progressive tax policy and eliminating tax havens; decreasing the privileges and perks of transnational companies; significantly increasing the minimum wage and ensuring a decent unemployment allowance; reverting austerity policies and increasing social public spending; creating conditions for workers to exert their civil and union rights in companies; increasing wages for workers and limiting them for business elites; activating an emergency plan to open a sustainability scenario for the planet and stop climate change; committing to a firm policy of gender equality; and protecting the rights and living conditions of migrants.

RELATED CONTENT: Zarif: Trump – Rohaní Meeting Possible if the US Complies with the Nuclear Pact

The above mentioned is not intended to be a thorough list of objectives to be reached for a policy towards equality. But it is indeed aimed at drawing a line between those who say and those who actually do; between those who defend the interests of those above and those who are convinced that it is the time to walk towards a fairer, more egalitarian, and more supportive world. I expect nothing from those who met in Biarritz. I am not interested in their posing. The real point of interest was not there but in the alternative summit and in the demonstrations carried out in Hendaye and Irun. The message is clear. There are alternatives and there is an urgent need for people everywhere to act and put those above in their place. 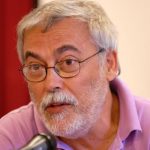 Fernando Luengo Professor of applied economics at the Complutense University of Madrid, member of econoNuestra and the Autonomous Citizen Council of Madrid of Podemos

Fernando Luengo Professor of applied economics at the Complutense University of Madrid, member of econoNuestra and the Autonomous Citizen Council of Madrid of Podemos