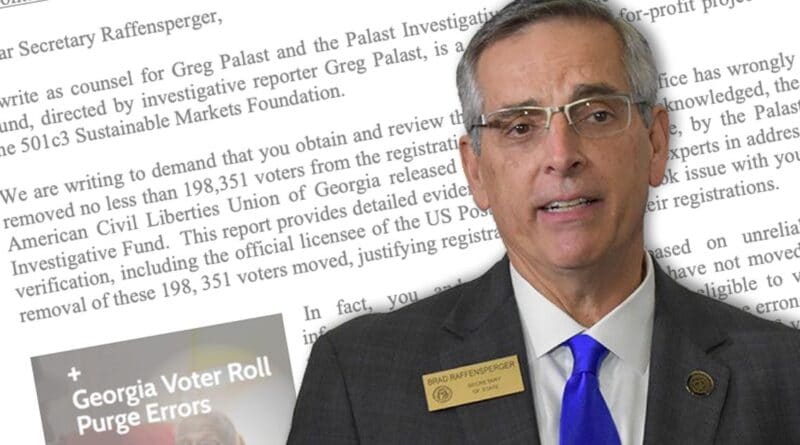 [October 19] Today, our legal counsel for the Palast Investigative Fund wrote a letter to the Georgia Secretary of State Brad Raffensperger demanding he obtain the list of over 198,000 voters he and his predecessor, Brian Kemp, wrongly purged from the voter rolls—and return these voters to the registration rolls before the election.

The American Civil Liberties Union of Georgia issued the report, Georgia Voter Roll Purge Errors on September 2. In the letter to Raffensperger, our legal demand, states: “You have had the ACLU’s notification of this horrific violation of voters’ rights for over a month, yet your office has chosen to dodge, weave, obfuscate and prevaricate instead of acting to protect these Georgia citizens.

“Your office over the past six years has conducted a virtual ethnic cleansing of the voter rolls, capturing victims such as, infamously, Martin Luther King Jr.’s elderly cousin, you’ve wrongly denied the right to vote on the false accusation they have moved from their registration county. King’s cousin, like over 198,000 others, was still living in the home you said she left.

“We are going to make this easy for you. Our non-partisan not-for-profit fund will arrange, if you are sincerely concerned about correcting these errors,  for the US Postal Service’s official licensee, Merkle Inc., to contract with your office to obtain the correct list of those who’ve moved. We will also provide you the massive deep files of the nation’s leading “address hygiene” experts.

“The Palast Fund will pay for your postal license and the experts to guide you. This can be done in hours, if you are sincere in reversing this wrong against voters.

“Our investigation also determined that you wrongly claimed you used the official Postal Service licensee—which is required by federal law. In fact, you used a tiny company that clearly had the wrong, unlawful list. But it appears you were happy with the erroneous list because it removed so many voters not favorable to your party 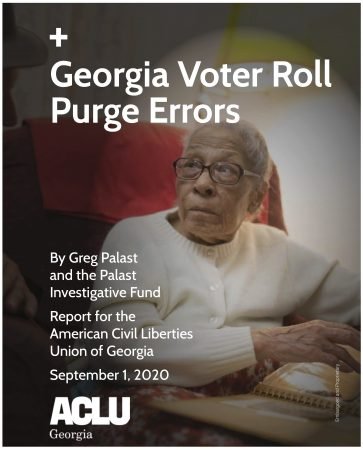 “The nation’s top experts in address verification, led by John Lenser, on whom Amazon, Google and others rely, are prepared to work with you immediately to determine the source of your errors and correct your list in time for these innocent Georgians to vote in this election.

“Your office had claimed that the Palast team would only assist you if the work is done in ‘secret.’ Not true. In fact, our specialists can review the evidence with your so-called ‘experts’ via Zoom—and invite the public. When voters’ rights are at stake, it should be transparent and open.

“Your office also demanded we simply give you the names of those wrongly purged. However, you know well the Postal Service requires your office sign a contract over the proper handling of the list. We can help you obtain the agreement forms within hours and the list within a day! One suspects you are playing a game to delay returning these voters until after the election.

“I need not remind you that in February, US Federal Judge Eleanor Ross had to threaten you with a costly Summary Judgment over your delay and deny tactics. Do we really have to sue you again?

“If you are sincere in your concern for these wrongly purged voters, you will contact our counsel today to arrange to get the correct postal and expert information—and let these Americans vote.” 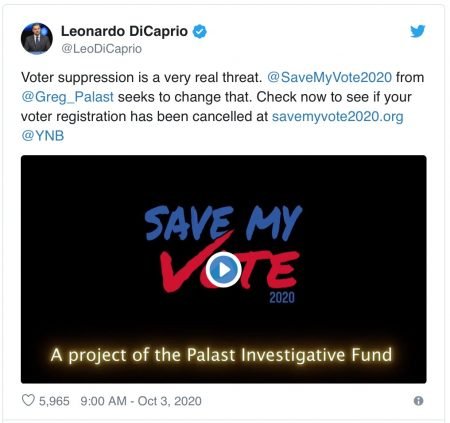 Last day to register online in Michigan. Go to SaveMyVote2020.org to see if you’ve been purged from the rolls. If your name is there, follow the link to re-register today.

The Palast team wants to thank Michigan Rep. Rashida Tlaib for contacting us with an offer to try to convince the Michigan Secretary of State to return 313,000 purged voters to the rolls. Good luck with that, Congresswoman. While Democrats have recently taken over that office, the Jim Crow systems put in place by the previous Secretary of State remain in force.

There’s a lesson in that: Don’t expect a party to save your vote. You must save your own vote. 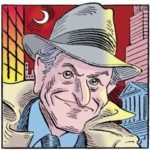