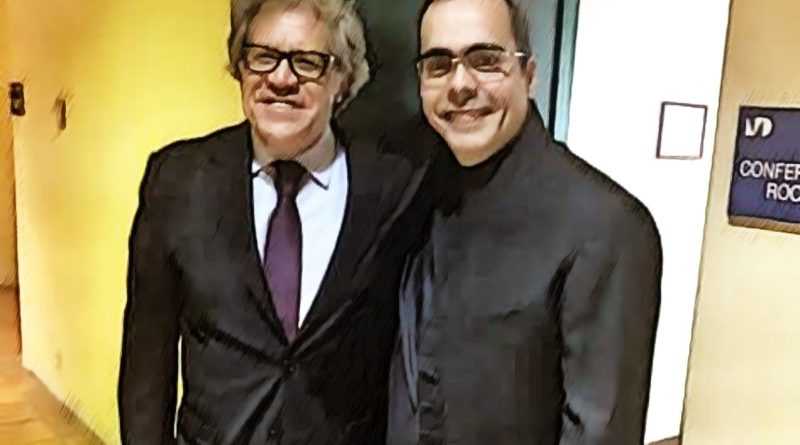 The political strategist Juan José Rendón confessed that in the contract an “exploration” was proposed to determine if there was “the possibility of capturing and turning over to Justice” members of the government.

The Venezuelan Juan José Rendón, head of the strategy committee of deputy Juan Guaidó, admitted that he signed a contract and paid $ 50,000 to the contractor Silvercorp USA, which organized and carried out the attempted invasion on the coast of Venezuela, which had as its objective the kidnapping of President Nicolás Maduro.

RELATED CONTENT: US Mercenary: The Objective was Nicolás Maduro – US Plane Scheduled for Extraction to the US (Airan Berry)

In an interview with CNN, Rendón confessed that an “exploration” was proposed in the contract to determine if there was “the possibility of capturing and handing over members of the “Maduro” regime to justice with charges and arrest warrants.

Currently, the Venezuelan president and 13 senior government officials have formal charges of narcoterrorism, arms trafficking and corruption, filed by the US attorney general, William Barr. Additionally, there is a $ 15 million reward from the State Department for any information leading to the president’s arrest.

The contract was signed in October 2019 and the US warrants against President Maduro were made public in March 2020, raising concerns among experts on the legality of signing a contract for kidnapping an acting President even without US trickery and politically motivated legal backing.

In the document to which Rendón refers, his signature appears, along with that of Guaidó, the opposition deputy Sergio Vergara and the representative of Silvercorp, Jordan Goudreau. However, the political strategist denied the veracity of the signature of the deputy and self-proclaimed president of Venezuela, Juan Guaido.

Rendón stressed that only seven pages of the eight have been shown, of this document that would also have another 42 sheets of annexes, where the “exploratory purpose” of the text would be explained. “It was part of a preliminary agreement that was not effective.”

Although the attempted attack was carried out early Sunday morning, Rendón pointed out that finally the ” green light ” was not given to the actions provided for in the document.

He argued that they decided not to take the contractor’s services on suspicions that information could be leaked, because Clíver Alcalá, a former member of the Venezuelan government and a fugitive from justice in that country, was in charge of coordinating the training in Colombia of a group of mercenaries who would participate in actions to depose Maduro and carry out targeted attacks on high-ranking government officials.

The “deranged” Goudreau
The planning and organization of the failed intervention attempt has been publicly acknowledged by Goudreau himself, through a video that went viral.

The version was corroborated by Luke Denman, one of the US citizens captured by the Venezuelan authorities after the raid attempt – which left 17 others detained and eight killed – who said they were also contemplating the taking of the airport that serves Caracas to allow entry of an aircraft that would take Maduro to the US, once he was kidnapped.

Rendón, who is also known for advising the political campaigns of many current Latin American ex-presidents and presidents, such as Juan Manuel Santos in Colombia, the Chilean Sebastián Piñera, the Mexican Enrique Peña Nieto, the Hondurans Juan Orlando Hernández and Porfirio Lobo, categorized Goudreau as “deranged” and of having carried out “a suicide operation” from which Guaidó has distanced himself.

On the payment of the $ 50,000 that he claims to have given to Silvercorp, Goudreau maintains that they did not pay him anything. The ex-green beret also mentioned that the initial contract was valued at $ 211 million.

Previous plans
In the interview, the Guaidó official admits that meetings have been held to determine the options available to depose Maduro, including “an eventual action to capture personalities” with charges of persecution, violation of human rights, and drug trafficking.

Similarly, Rendón has confessed they have planned their “own actions”, like promoting disobedience of active or retired military, and “eventual use of figures who are outside (Venezuela).” “All those scenarios, as Guaido said so well: we are analyzing all the options on and under the table.”

As for what Guaidó has said about the mercenary incursion, his versions have been ambiguous. At first he denied his participation in the so-called ‘Operation Gideon’ and later he said that the government had infiltrated the plan to “massacre” its participants.