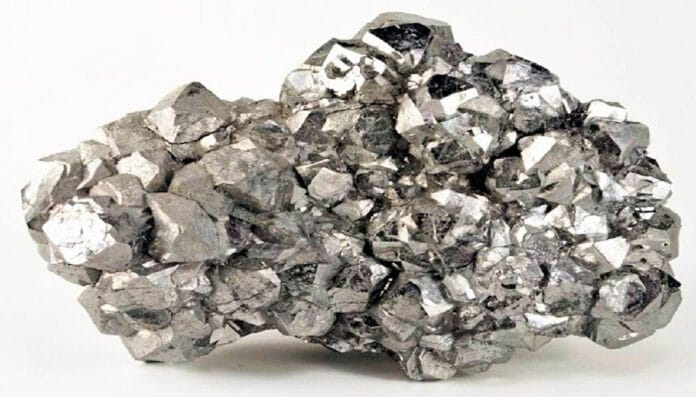 As difficult to work with as it is rare, iridium is found in large quantities in Haiti’s southeast, which has the second largest reserves in the world. This metal is today worth more than gold and Bitcoin. Its resistance to high temperatures and corrosion makes it almost indispensable in the manufacture of aircraft engines and deep water pipelines. Its exploitation could be a lever for the revival of the Haitian economy and the creation of millions of jobs, argues the economics professor, Dr. Henry Vixamar.

Haiti has one of the largest iridium reserves in the world. The country is second in iridium reserves after South Africa, says economics development specialist, Dr. Henry Vixamar. He says that this assessment comes from South African experts following a study carried out in Haiti in 2014. This information and its sources are also known by Haiti’s Bureau of Mines and Energy (BME), emphasizes the professor.

Haiti’s iridium reserves are located in its Southeast Department. Besides the village of Beloc, where iridium was discovered in early 1990 by Alan K. Hildebrand, a graduate student at the University of Arizona, Dr. Vixamar argues that the noble metal also exists in the town of Bainet.

For Professor Vixamar, the exploitation of these reserves could allow the revival of Haiti’s economy as well as the creation of millions of jobs in several sectors of the national economy. He made his remarks on Le Point on Radio Métropole.

Three times more expensive than gold
Iridium is a very profitable metal, especially during the year 2021. During 2020, the average price per ounce (12.5 grams) of the metal was $2,550 US. But for the month of March 2021, its value had reached $6,000 US per ounce, nearly three times the price of gold for the same month.

Experts associate this price increase with the dependence of its supply on a single extraction zone (South Africa), and with “disruptions related to technical problems within the South African mining group Anglo American Platinum last year, as well as measures to restrict the movement of people in the country due to the Covid-19 pandemic,” BFM Business media says.

Used in several industries
Iridium is one of the rarest metals on earth. It was first discovered in 1803 by Smithson Tennant. This metal is known for its strong corrosion resistance, high melting point, and hardness. These characteristics make it particularly suitable for certain industrial applications.

Its resistance to high temperatures and corrosion makes it almost indispensable in the manufacture of aircraft engines, deep water pipelines, and automotive catalytic converters. It is also used in various quantities in the manufacture of medical and electronic devices, spark plugs, watches, and compasses.

Indeed, iridium is used in particular in the manufacture of high-strength alloys that can withstand high temperatures. Very often it is included in platinum alloys as a hardening agent.

One of the world’s largest refiners of platinum group metals, Heraeus Precious Metals, says iridium is also used in the manufacture of 5G smartphones, and high-end products requiring the use of organic light-emitting diodes (OLEDs),” reports BBC Africa.

“Iridium is also effective in ensuring the disinfection of water carried by ships in their ballast tanks,” according to BFM Business. “But also in the field of energy, in particular for the manufacture of hydrogen fuel cells.”

Featured image: Iridium is one of the rarest metals on earth, known for its strong corrosion resistance, high melting point, and hardness.