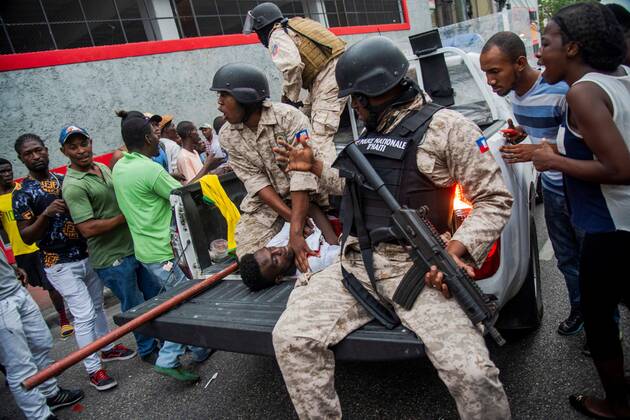 The political, economic and social crisis that the people of Haiti have been experiencing, for more than a month, has been accentuated this weekend after another citizen was killed in the middle of the mass demonstrations carried out in the streets of the capital Port-au-Prince.

Nodal website reports that the murder occurred in the area of Petion-Ville by the police force shooting amid the massive protests this Sunday, in which thousands of citizens took to the streets to demand the exit of the Haitian president, Jovenel Moise, whom they consider unable to lead the country, and who, particularly in the Venezuelan case, says he recognizes Juan Guaidó as interim president.

This protest, which brought together thousands of people, is a second demonstration of strength after a week of the return of various Haitian artists to the fight against Jovenel Moise, after the great march last Sunday, which took place without violence.

Haiti is about to live its sixth consecutive week of protests and total paralysis of activities, and new mobilizations have been announced for Monday, convened by the main teachers unions, while on Tuesday there is another call for protests by religious leaders.

The country has been the scene of daily protests against Moise since September 16, following the delicate economic situation and the political crisis that has made it impossible to form a government since last March.

Moise has offered dialogue with the opposition, but this week he has abandoned the commission he formed to start talks with the opponents, due to disagreements with the president.