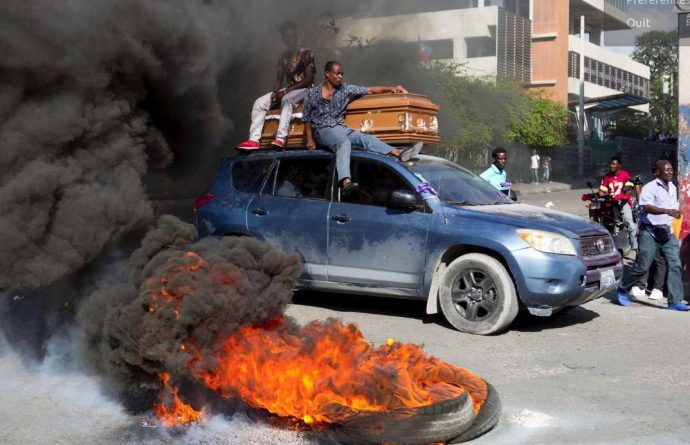 Haitian opposition groups have united in a unified campaign to push U.S.-backed right wing President Jovenel Moise from office with actions aimed at paralyzing the country starting on Friday.

Previous actions have led to dozens of deaths in clashes between the repressive state and revolutionary fighters.

Twenty six people have died in the clashes with seventy seven wounded after three weeks of actions against the state.

The Haitian government has moved closer to the U.S. since taking the Trump regime’s side in its push to brazenly overthrow Venezuelan President Nicolas Maduro.

The Haitian government backed Venezuela in regional forums for years and received billions of dollars of subsidized oil from the socialist government which has now stopped with Venezuela’s, U.S. driven economic collapse.

A Haitian Senate investigation found that some $2 billion in Venezuelan aid had been stolen or misspent, largely under the administration of Moise’s predecessor and political patron, Michel Martelly. There is speculation that the aid money may be held by these corrupt politicians, possibly in offshore Miami bank accounts, or elsewhere.

A judge is investigating the case and has frozen some local accounts but no other action has yet been taken against those presumed responsible, outraging many Haitians and fueling some of the street protests.

Opposition leaders Serge Jean Louis, Josue Merilien and Moise Jean Charles, who all head left organizations, said they were calling their partisans to the streets until the president steps down.

“We’d rather die standing up than our knees,” Jean Charles said on Wednesday.

In the next few days, the revolutionary organizations in Haiti may put the requisite pressure to overthrow the corrupt regime. The fear of a barbaric response from Washington is always pervasive but the movement has considerable momentum.