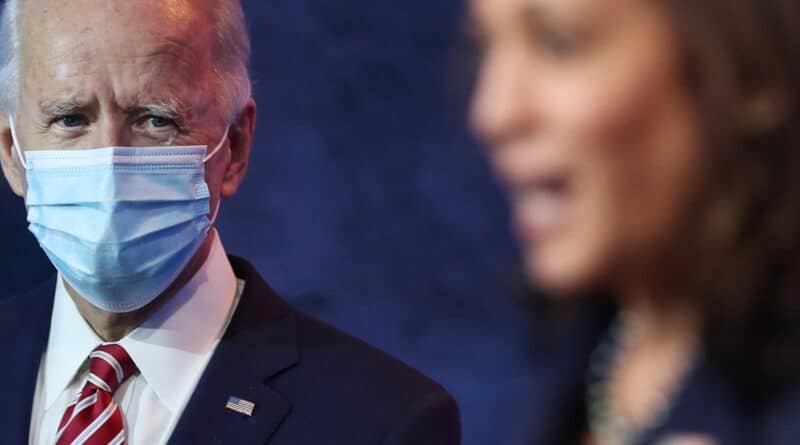 Senator Sanders writes that the Democrats’ job during the first 100 days of the Biden administration is to make it absolutely clear whose side they are on, and who is on the other side.

As the count currently stands, nearly 80 million Americans voted for Joe Biden. With this vote against the authoritarian bigotry of Donald Trump, the world can breathe a collective sigh of relief.

But the election results did also reveal something that should be a cause for concern. Trump received 11 million more votes than he did in 2016, increasing his support in many distressed communities – where unemployment and poverty are high, healthcare and childcare are inadequate, and people are hurting the most.

For a president who lies all the time, perhaps Donald Trump’s most outlandish lie is that he and his administration are friends of the working class in our country.

The truth is that Trump put more billionaires into his administration than any president in history; he appointed vehemently anti-labor members to the National Relations Labor Board (NLRB) and he gave huge tax breaks to the very rich and large corporations while proposing massive cuts to education, housing and nutrition programs. Trump has tried to throw up to 32 million people off the healthcare they have and has produced budgets that called for tens of billions in cuts to Medicare, Medicaid and social security.

Yet, a certain segment of the working class in our country still believe Donald Trump is on their side.

At a time when millions of Americans are living in fear and anxiety, have lost their jobs because of unfair trade agreements and are earning no more in real dollars than 47 years ago, he was perceived by his supporters to be a tough guy and a “fighter”. He seems to be fighting almost everyone, every day.

He declared himself an enemy of “the swamp” not only attacking Democrats, but Republicans who were not 100% in lockstep with him and even members of his own administration, whom he declared part of the “deep state”. He attacks the leaders of countries who have been our longstanding allies, as well as governors and mayors and our independent judiciary. He blasts the media as an “enemy of the people” and is ruthless in his non-stop attacks against the immigrant community, outspoken women, the African American community, the gay community, Muslims and protesters.

He uses racism, xenophobia and paranoia to convince a vast swath of the American people that he was concerned about their needs, when nothing could be further from the truth. His only interest, from day one, has been Donald Trump.

Joe Biden will be sworn in as president on 20 January and Nancy Pelosi will be speaker of the House. Depending upon what happens in Georgia’s special elections, it is unclear which party will control the US Senate.

But one thing is clear. If the Democratic party wants to avoid losing millions of votes in the future it must stand tall and deliver for the working families of our country who, today, are facing more economic desperation than at any time since the Great Depression. Democrats must show, in word and deed, how fraudulent the Republican party is when it claims to be the party of working families.

And, in order to do that, Democrats must have the courage to take on the powerful special interests who have been at war with the working class of this country for decades. I’m talking about Wall Street, the pharmaceutical industry, the health insurance industry, the fossil fuel industry, the military industrial complex, the private prison industrial complex and many profitable corporations who continue to exploit their employees.

RELATED CONTENT: US Ruling Class Aims to use War to Regain Societal Stability

If the Democratic party cannot demonstrate that it will stand up to these powerful institutions and aggressively fight for the working families of this country – Black, White, Latino, Asian American and Native American – we will pave the way for another rightwing authoritarian to be elected in 2024. And that president could be even worse than Trump.

Joe Biden ran for president on a strong pro working-class agenda. Now we must fight to put that agenda into action and vigorously oppose those who stands in its way.

Which Side Are You On? was a folk song written by Florence Reece, the wife of an organizer with the United Mine Workers when the union went on strike in Kentucky in 1931. Democrats need to make it absolutely clear whose side they are on.

One side is for ending starvation wages and raising the minimum wage to $15 per hour. One side is not.

One side is for creating millions of good paying jobs by combating climate change and rebuilding our crumbling infrastructure. One side is not.

One side is for lowering the cost of prescription drugs. One side is not.

One side is for universal pre-K for every three- and four-year-old in America. One side is not.

One side is for making public colleges and universities tuition-free for working families, and eliminating student debt. One side is not.

One side is for ending a broken and racist criminal justice system, and investing in our young people in jobs and education. One side is not.

One side is for reforming and making our immigration system fair and humane. One side is not.

Democrats’ job during the first 100 days of the Biden administration is to make it absolutely clear whose side they are on, and who is on the other side. That’s not only good public policy to strengthen our country. It’s how to win elections in the future.

Featured image: ’‘Democrats’ job during the first 100 days of the Biden administration is to make it absolutely clear whose side they are on.  Photograph: Joe Raedle/Getty Images