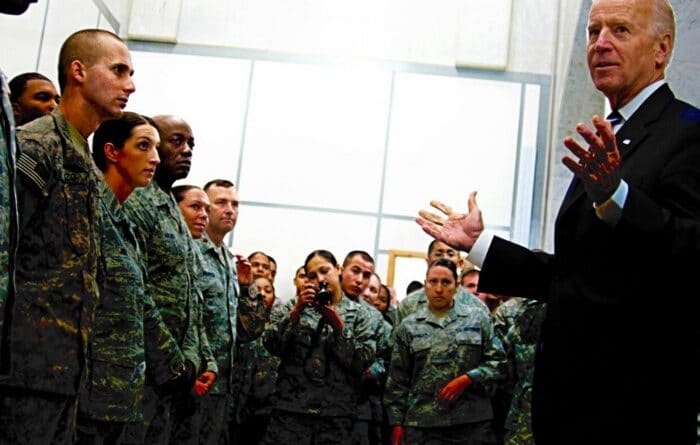 Why has the U.S. been at war for nineteen years straight with no end in sight? Because war is how empire responds to crisis, and throughout the 21st century crisis has defined the country. Washington’s reckless reaction to 9/11 in invading Afghanistan and overconfident imperialist maneuvering in invading Iraq set off a steady decline for American global power. Washington has since become discredited in the eyes of many of the powers which used to reliably serve it, and the rise of Russia and China has reduced its ability to carry out regime change operations against nations which defy it.

Global capitalism’s collapse, which was intensified by the 2008 crash and has been accelerated like never before by Covid-19 and the 2020 economic unraveling, is also weakening the empire. Bolivia has just been lost as a U.S. neo-colony because of how strong the will of the country’s proletariat is. Class struggle continues to brew throughout many Latin American countries, raising the possibility of a coming new wave of socialist revolutions in the Americas and beyond. The reach of U.S. capitalism is waning, and internally the empire is losing its ability to profit from the labor of its proletariat; while U.S. corporations have exported tens of thousands of jobs out of the country, at least four million former American workers are now permanently unemployed.

And the living conditions of most Americans, employed or not, are rapidly deteriorating, furthering the potential for a revolutionary consciousness to spread among the country’s masses. Capitalism’s contradictions are piling up. The U.S. ruling class needs a big break, one that history says can only be provided by instigating an enormous war. As J. Sakai wrote in Settlers about how World War II boosted American living standards amid a crisis in the 1930s which was similar to ours:

The number of supermarkets more than tripled between 1939 and 1944. Publishers reported book sales up 40% by 1943. The parimutuel gambling take at the race tracks skyrocketed 250% from 1940 to 1944. Just between 1941 and 1942 jewelry sales were up 20–100% by areas. By 1944 the cash and bank accounts held by the U.S. population reached a record $140 Billion. That same year Macys department store in New York City had a sale on Pearl Harbor Day — which produced their most profitable business day ever! Once again, the exceptional life of settler Amerika was renewed by war and conquest. This is the mechanism within each Amerikan cycle of internal conflict and reform. The New Deal was Hiroshima and Nagasaki as well. Consumeristic Amerika was erected on top of the 60 million deaths of World War 11.

The perpetual war paradigm of these last two decades has been the empire’s attempt to recapture the turnaround that World War II provided for the strength of American capitalism. And this paradigm, built upon the killing of hundreds of thousands of Iraqis and the longer term massacre of millions of Muslims in the U.S. wars of recent decades, has indeed brought the empire strength. As author Paul B. Farrell concluded in 2008:

As the incoming Biden/Harris administration seeks to preserve the liberal order, their concern will be “how can we go back to the pre-2008 stability?” Global capitalism as it’s existed in the last twelve years has not been very sustainable. It’s gotten harder for the plutocracy to keep up profits, while the masses have been moving closer towards revolutionary consciousness. And the solutions that the capitalist class has momentarily found to the problem of declining profits-namely expanding austerity measures, lowering wages, and cutting workers benefits-have furthered the contradictions which motivate people to start hating capitalism. The regular war economy of the last few generations, along with the intensified war profiteering of the post-9/11 era, have become insufficient for keeping the empire in working order.

RELATED CONTENT: How to Prepare for the Prospect of Guerrilla Warfare in the US?

So the capitalist class has been pushing forth towards the solution that they resorted to the last time a crisis like this one appeared: a great war. One which, if it comes to fruition, will likely be even greater than the wars in Iraq, Korea, and Vietnam. This is because should Washington start a war with Venezuela, or invade Iran, or provoke Russia or China into a direct conflict, the anti-Washington alliance would unite to defend against U.S. aggression and the U.S. would respond with further escalations. This is the scenario that the empire is preparing for through its endless military budget increases, and through its militarization of Latin America, Africa, Europe, westermost Asia, and the Indo-Pacific.

Biden’s government will seamlessly continue this trend, as evidenced by how defense contractors are utterly unconcerned by Biden’s election and by how Republicans plan to temper any calls for reducing the military budget. As the arms buildup against all of Washington’s rivals goes on, and as the U.S. economy potentially comes to lean even more into the military industrial complex in the process, the public will be flooded with pro-war propaganda that prepares them for what may come next.

Of course, an attempt to invade Venezuela would result in sure defeat at the hands of the country’s millions-strong socialist army. And a war with Russia, China, or Iran would require the U.S. to create unacceptable internal dissension by bringing back the draft. The empire simply lacks the resources to emerge victorious from a modern version of World War II. Faced with these insurmountable material limitations, for the foreseeable future all the empire will be able to do is intensify its current model of austerity and war; the IMF has already begun forcing through new austerity measures within the empire’s neo-colonies, Biden plans to enact more austerity within the imperial core, and the drone wars, the ground wars, and the foreign military occupations will all continue if not expand during the next four years.

In the long term, this strategy won’t be able to re-stabilize the empire. The contradictions of capitalism and imperialism will ultimately become greater than ever, even if Biden undoes some of the damage that Trump’s recklessness did to U.S. diplomatic influence. Which is why the ruling class is growing so anxious to censor anti-imperialist media outlets and tightenanti-communist repression; if a proletarian movement gets powerful enough, the growing weaknesses of the system will bring about revolution.