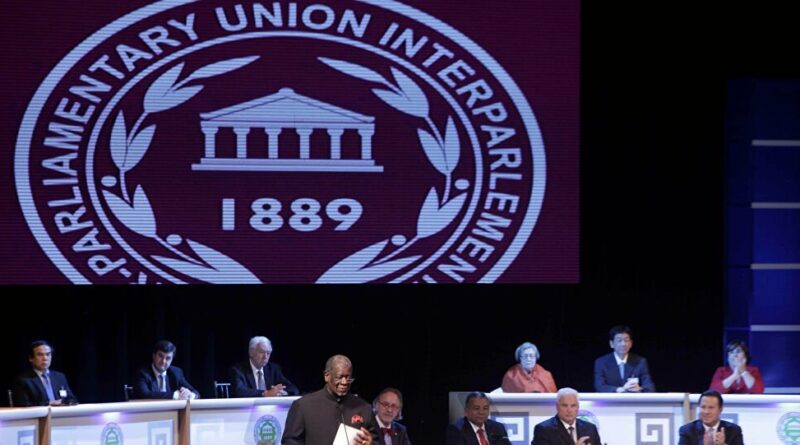 The Inter-Parliamentary Union (IPU) confirmed today, Monday, April 12, that it is preparing to send a mission to Venezuela to learn firsthand about the situation of the Legislative Power and inquire about complaints of human rights violations against former opposition parliamentarians.

“This is a mission that we have requested for a long time and it seems that it can finally be carried out, because we have received an invitation from [the new] 2020 Parliament,” IPU spokesperson Thomas Fitzsimons told news agency EFE.

Last Friday the highest officials of the organization, which brings together parliaments from around the world, received a delegation led by the president of the National Assembly of Venezuela, Jorge Rodríguez, who extended a formal invitation.

“Right now we are planning the mission and determining how the IPU can be useful,” the spokesperson explained. “One of the criteria for the mission was always that it had to meet with all political parties, the government, and the opposition, and what is new now is that we have received the invitation of the 2020 Parliament.”

“They also hold meetings with the authorities to establish what the facts are on the ground,” added Fitzsimons.

Regarding the date of the mission, he said that he hopes that it will take place before the 142nd Assembly of the IUP, which will be held by virtual means between May 24 and 28. If so, the mission could present the preliminary conclusions of its visit to the plenary of the organization.

This Sunday a delegation of deputies from the National Assembly (AN) held a working meeting, in Geneva, Switzerland, with the president of the Inter-Parliamentary Union (IPU), Duarte Pacheco, and his secretary general, Martín Chungong, in order to strengthen relations in the parliamentary sphere.

RELATED CONTENT: Canadian Member of Parliament: Sanctions on Venezuela Are Illegal and Immoral

The Inter-Parliamentary Union (IPU) is the only organization that represents the legislative branch of government on a global scale, with the aim of fostering cooperation.

Currently, the IPU comprises 179 national member parliaments and 13 regional parliamentary bodies, according to digital media. On several occasions, the organization expressed its willingness to support the dialogue process between the Bolivarian Government and the opposition.

Featured image: The Inter-Parliamentarian Union is working on a delegation to be sent to Venezuela following a formal invitation extended by the new parliamentarians, led by Jorge Rodriguez. File photo.