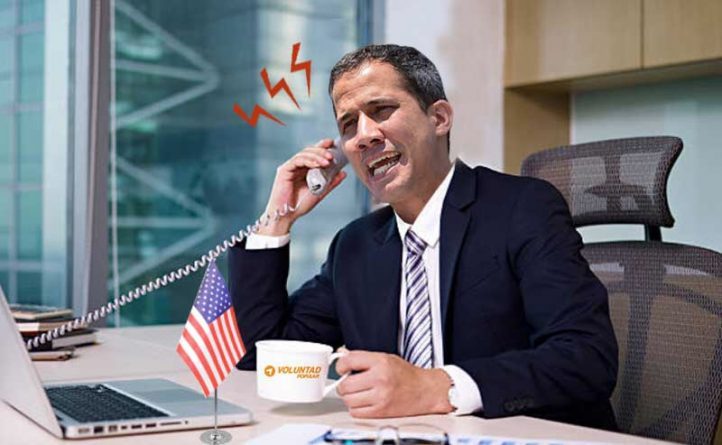 In contrast, the real situation is that the president of Venezuela, Nicolás Maduro, was elected, in May 2018, with 67 percent of the popular vote.

International media greatly reduced their recognition granted to the alleged authority of Juan Guaidó, and stopped calling him “interim president” of Venezuela; they call him “self-proclaimed president”, “leader of the Venezuelan opposition”, “opposition” or simply “Guaidó”.

In an analysis, the Venezuelan News Agency (AVN) noted that this change has occurred in recent weeks especially among The Washington Post, The Wall Street Journal, Reuters, Bloomberg and CNN, which had been attached to the line “president in charge”. They also just call hin “Deputy Guaido”. This trend was most noticeable after the press conference of the US Department Of State spokesman, Robert Palladino, when he instructed the media to call Guaido: Interim President.

AVN reported an interview made by the British BBC channel with Guaidó and published last Thursday, in which the correspondent Will Grant refuted the alleged investiture that the opposition deputy has before the media and right-wing social base since January 23, when he proclaimed himself during a street demonstration.

“You have the support of people like Elliot Abrams, Marco Rubio, what does that say about his attempts to become president?” Asks Grant in his conversation with Guaidó.

The deputy simplified his response by appealing to the authority of the constitutional text and the people: “It is not an attempt, I am the ‘president in charge’ of Venezuela because that is what our Constitution says, and the main support I have is from the people.”

Given this response, the journalist makes a distinction between what the deputy said and the real situation: “But it is not backed by the votes, would you agree that you has not been elected as president yet?”

The journalist’s demonstrably truthful exercise is answered by Guaidó evading, saying “yes” or “no” and referring supposed opinion polls that indicate he has a “main backing”of 90 percent of “the people”.

It is verifiable that the constitutional president of Venezuela, Nicolás Maduro, was elected less than a year ago, in May 2018, with 67 percent of the popular vote (6,248,864 voters).

The data of the popular election of Nicolás Maduro has always been ignored by the deputy and by the international media repeatedly. In his interviews, Guaidó repeatedly insists on being entitled to be “interim president” for the supposed absolute vacancy of the constitutional president Maduro.