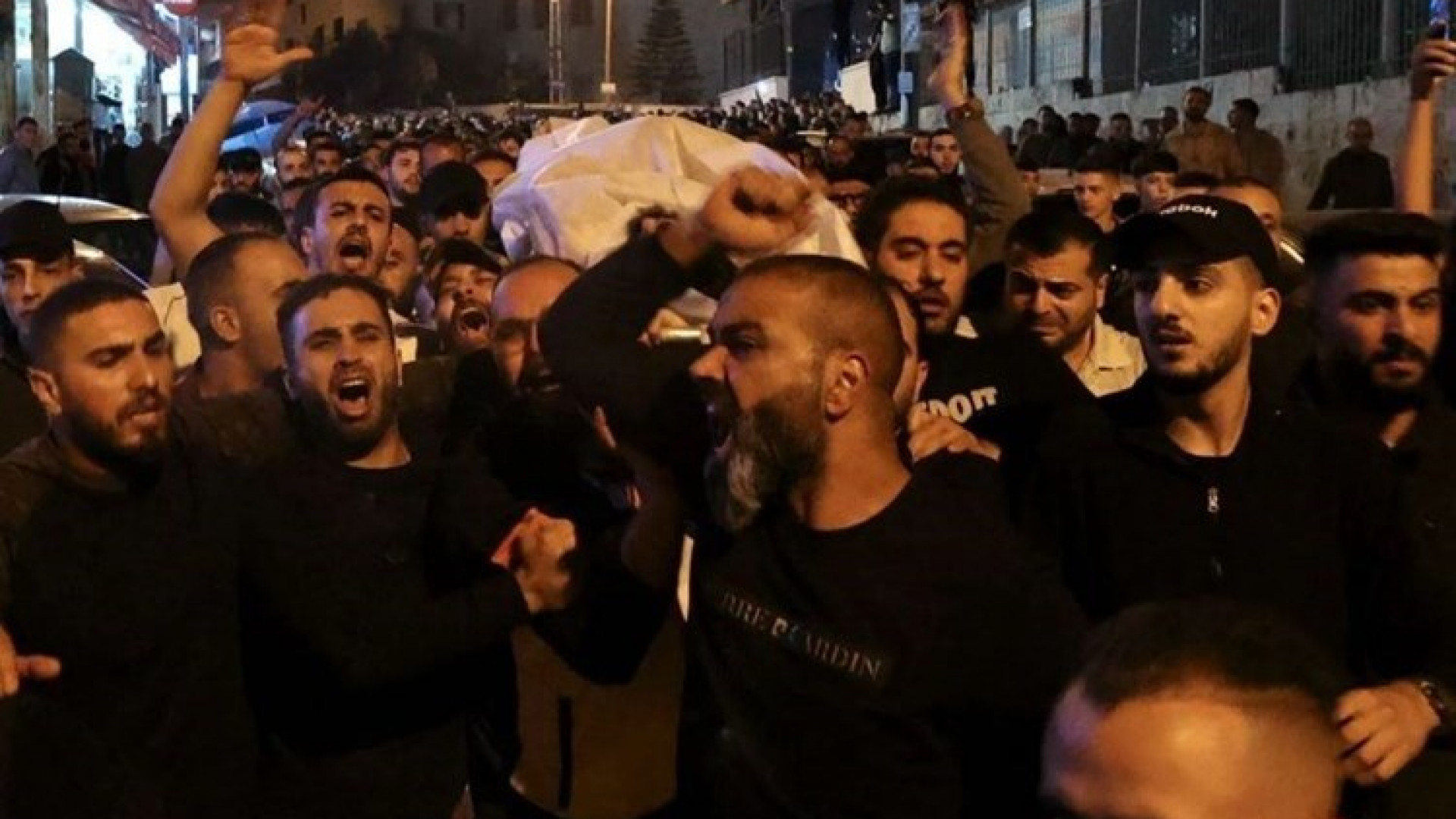 The IOF brutally murder six Palestinians and wound dozens of others, some in critical condition, after waging a round of unprecedented aggression in recent years in Nablus.

The Palestinian Ministry of Health announced on Tuesday that the number of martyrs shot dead by Israeli occupation forces during their storming of the city of Nablus has risen to 6, with 21 injuries reported.

Al Mayadeen correspondent reported that outrage prevails over the cities of the West Bank amid calls for public mobilization following the martyrdom of 6 Palestinians in Nablus and Nabi Saleh.

The Israeli occupation forces stormed the city of Nablus, followed by heavy military reinforcements, while hysterically opening fire at citizens in the city.

Moreover, the Israeli occupation claimed in a statement that a joint force of the IOF, the Shin Bet, and the special police unit raided a hideout apartment inside the Old City of Nablus allegedly used as a laboratory for the manufacturing of explosive devices for high profile activists in the Areen Al-Aousoud (Lion’s Den) Palestinian resistance group.

In a statement, the IOF claimed that they blew up a manufacturing lab of improvised explosive devices while targeting a number of Palestinians during the operation. The statement indicated that dozens of Palestinians responded by setting rubber tires on fire and throwing stones at the occupation forces during their raid into the city of Nablus.

Earlier today, the director of Al Mayadeen office in occupied Palestine said Nablus has turned into a real war zone and the Israeli occupation forces used air missiles in the attack, adding that Palestinian security forces and resistance fighters engaged in an armed confrontation with the occupation forces. The director confirmed that the occupation forces withdrew from the city of Nablus, amid doubts that this could be a tactic to re-storm the area.

He stated that the occupation was planning large-scale aggression on Nablus, but the Palestinian security forces exposed it, explaining that the resistance fighters’ vigilance and coordination among themselves from various factions led to exposing the plan, which confused the occupation forces.

Hundreds of Palestinians Injured in IOF and Settler Violence on Al-Aqsa Mosque, Jerusalem – ‘Zionism is Racism’

The director added that a Palestinian security services force deployed in front of hospitals in Nablus to protect the injured Palestinians, while dozens of citizens gathered in front of the hospital, chanting slogans in support of the Lion’s Den group.

In this context, Israeli media reported that the Palestinian security services thwarted a major operation in the center of Nablus, which Prime Minister Yair Lapid personally supervised.

Earlier today, the Israeli occupation forces unexpectedly stormed on Tuesday the West Bank city of Nablus in occupied Palestine, waging a round of unprecedented aggression in recent years.