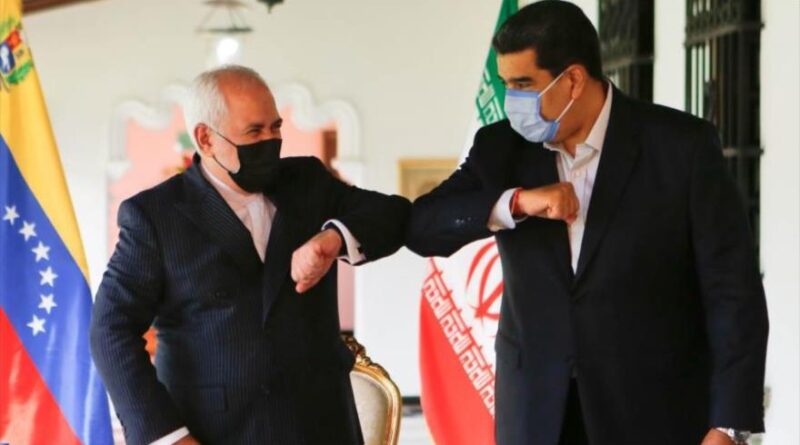 Iran and Russia challenge the United States through cooperation with Venezuela, says a research center in the South American country.

In a report published Tuesday on its website Venezuelan think tank Misión Verdad explained that, given the “alignment of objectives and ideology,” Iran and Russia can play a role in the so-called “backyard” of the US through Venezuela.

According to the analysis, the failed hybrid war carried out by the United States through harsh sanctions against Iran, Russia and Venezuela has caused these three countries to draw closer ties in an open challenge to Trump.

In the case of Venezuela, the article highlights that the United States contemplated the use of military force to stop Venezuela, but Russia’s power of deterrence stopped the US claim when they sent sending military advisers and weapons to the Caribbean country.

Regarding Iran, it emphasizes the shipment of several tankers and spare parts to Venezuela, to try to fix the six refineries paralyzed by the illegal coercive measures of the United States.

Misión Verdad notes that the US policy that seeks to “starve Venezuelans is the same policy adopted in Syria, Lebanon, Palestine, Iran and Yemen and, in fact, in all places where the US is disobeyed.”

Regarding the strategic aspect, the think tank indicated that the presence of Russians in Venezuela represents an enormous advantage for Moscow because, for the United States, Russia will always be an enemy, therefore “if Washington decides to act or move on any front [as it did in Ukraine], Moscow can advance on the Venezuelan front and increase its support for the government of Caracas,” the article says.

According to the publication, it is true that ideologically socialist Venezuela has little in common with the ideology of the Islamic Republic of Iran, however, both countries are in a similar position. Venezuela supports the Palestinian cause and opposes the hegemony of the United States. Iran regards the Palestinian cause as a priority issue, allowing it to “meet” Venezuela in the challenge of US dominance.

In addition, the text highlights that Tehran has carved out a place in the US “backyard,” sending the clear message that it’s not a simple West Asian country waiting for the protection of the United States, like most nations in the Persian Gulf. Iran has become a regional power that must be taken into account when the US develops its strategy in the region, the think tank says.