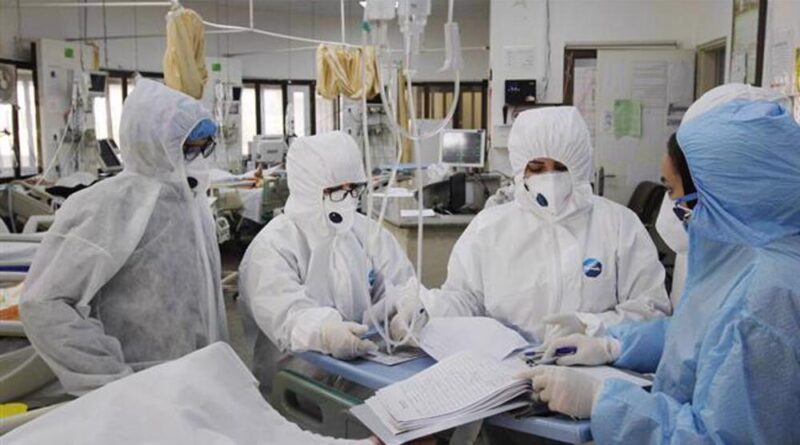 September 8, 2020.-  Iran’s Health Minister Saeed Namaki has written to the World Health Organization (WHO) chief, asking for global efforts towards ending America’s “unilateral and illegitimate” sanctions against Iranians amid a deadly coronavirus pandemic.

In his letter to WHO Director-General Tedros Adhanom on Tuesday, Namaki said “the time is ripe for an international call for the removal of all sanctions” so that the health of those affected will not be endangered, Namaki wrote.

He asked the UN’s global public health arm to “adopt the necessary measures to [help] end the US’s illegitimate and unilateral sanctions, which have brought about deaths and suffering for the Iranian people and other nations and will result in negative consequences for global health and health security.”

The Iranian health minister hailed the WHO’s battle against the deadly coronavirus pandemic, which requires cohesion, devotion and commitment at all levels across the world.

He informed the WHO chief of Iran’s latest measures in the fight against COVID-19 and said the country has conducted three phases over the past seven months to screen people for the new coronavirus symptoms.

Namaki also highlighted social distancing and other mitigation measures introduced by the government to contain the spread of the virus.

Despite putting up an all-out battle against COVID-19, Iran is faced with “unilateral, illegal and blatant violations of international regulations,” including the 2015 nuclear deal, which have led to the restoration of “broad, cruel, and all-out sanctions” against the Iranian people, Namaki said.

He added that Iran’s access to international banking networks has been blocked which harmed the country’s economy and disrupted important trade activities, including the purchase of medicine and medical equipment.

RELATED CONTENT: Why Were the Gringo Mercenaries Luke Denmnan and Airan Berry Not Pardoned?

“This has targeted and harmed the health of our country’s people at a time when COVID-19 is spreading,” the minister said.

“During this emergency situation, there is a legitimate and legal expectation that the World Health Organization, the United Nations and all international agencies give this assurance that the Iranian people will gain access to medicine and humanitarian goods,” the health minister pointed out.

Iran has been among the countries hit hard by the coronavirus that first showed up in China in late December 2019 before spreading across the globe.

The country is battling the coronavirus under the harshest sanctions which the US imposed after leaving the UN-backed nuclear deal between Tehran and major world powers in 2018.

Iran, which reported its first COVID-19 infection cases in late February, has mobilized all its resources to tackle the issue, including increased production and import of hygiene and protective items as well as enforcing diagnostic measures across the nation.

On Tuesday, Health Ministry spokeswoman Sima Sadat Lari reported 2,302 new coronavirus infections and 132 more deaths in the past 24 hours, taking the total number of cases to 391,112 and fatalities to 22,542.

She said 337,414 patients have recovered so far and been discharged from hospital.

In a similar letter to the WHO director general in April, Iran’s Ambassador and Permanent Representative to the UN office in Geneva, Esmaeil Baqaei Hamaneh, said medical sanctions by the United States against the Islamic Republic amount to an “unprecedented threat” to global public health, urging the international community to react in earnest to Washington’s restrictions.

Featured image: Iranian doctors and nurses are seen at the coronavirus section of a hospital in Gorgan. (Photo by Tasnim)