Publicly, the lobbying against Navi Pillay began with an article in the pro-Israeli German tabloid Bild, Barbara Crossette reports.

It was billed as a grand ceremony staged by the United Nations Association of Germany to award its biennial Otto Hahn Peace Medal to Navi Pillay, marking her decades of groundbreaking work in human rights and international criminal law, including through the United Nations.

The setting for the ceremony on Sept. 28 would be Berlin’s 19th-century Red City Hall, named for its brick façade. The hall, damaged in World War II, had been reconstructed and become a symbolic landmark in the German capital.

UNA-Germany expected a full house for the award presentation as positive responses to invitations poured in. The elected mayor of Berlin, Franziska Giffey, was to preside.

None of this happened.

While an exact chronology of how an Israeli campaign contesting the award to Pillay was put into motion in Germany leaves some questions unanswered, the cause and effect is not disputed.

“Berlin mayor torpedoes event honoring head of UN probe into Israel” read the headline in the Times of Israel, an online newspaper published in English and other Western and Middle Eastern languages. It began operating in 2012.

‘We Regret We Failed to Protect You’: UN Experts Urge Israel to Free Ahmad Manasra

Publicly, the Israel lobbying campaign began with an article in the pro-Israeli German tabloid Bild, which repeated longstanding Israeli allegations that Pillay, a former U.N. high commissioner for human rights and South African judge, was pro-Palestinian — or, at least, that she was critical of Israeli policies and actions in the Palestinian West Bank and Gaza as well as in East Jerusalem.

However, since 1975, Pillay has also been the advisory-council president of the International Nuremberg Principles Academy, a German foundation promoting global criminal law. Her role indicates that not all Germans agree on her alleged record, as the UNA-Germany award would confirm. 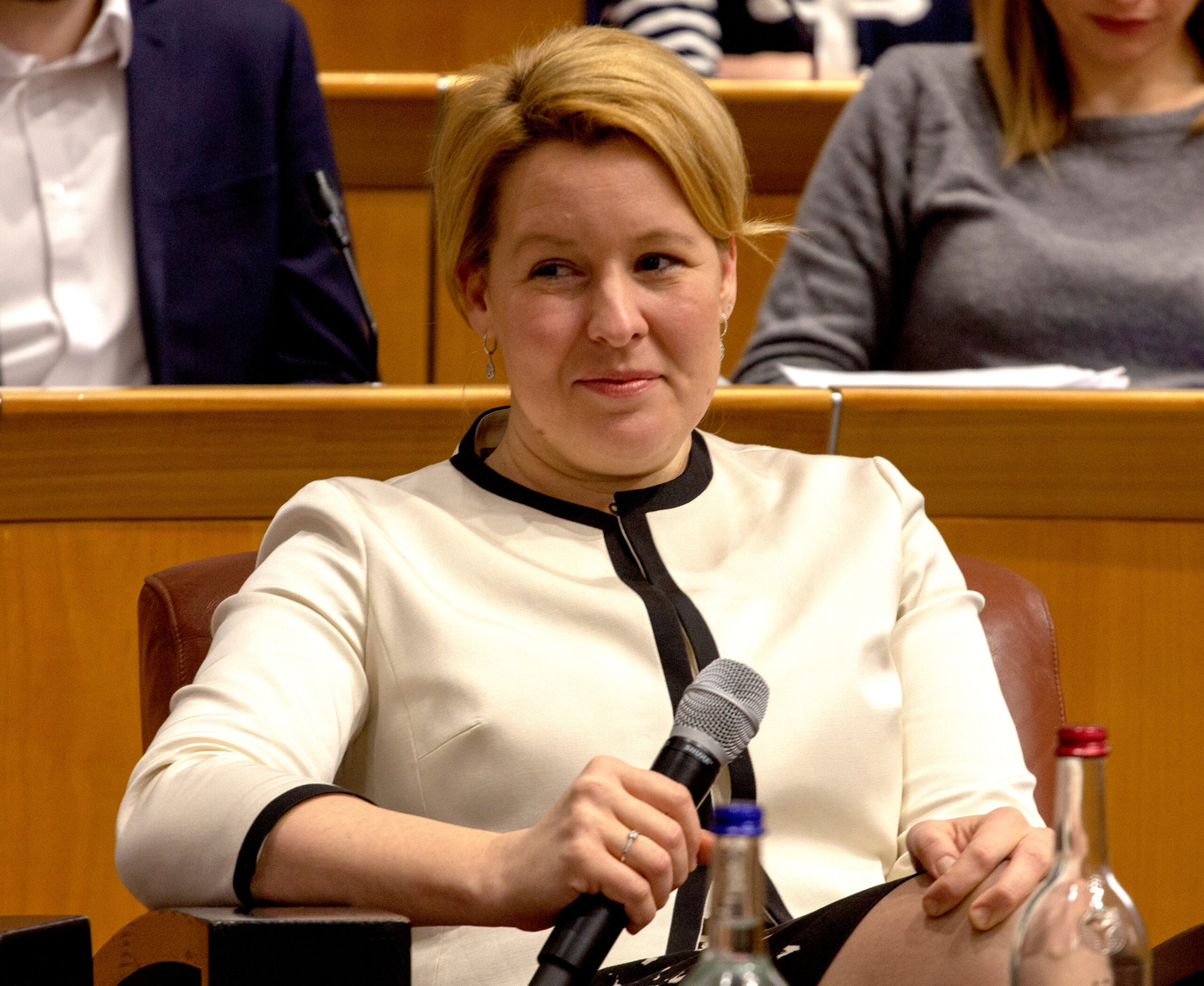 The Bild report is primarily focused on Pillay’s most recent position as head of the three-member Independent International Commission of Inquiry on Israel and the Occupied Palestinian Territory, including East Jerusalem. The commission was created by the U.N. Human Rights Council.

A current target of Israeli ire is directed at one of the panel member’s harsh remarks about Israel. In an interview in July with Mondoweiss, a journal of news and opinion on Palestine, Israel and the United States, the member, Miloon Kothari of India, a human-rights activist with expertise in housing and land rights, who has reported to the Human Rights Council on Israeli occupation of Palestine territory, said:

“I would go as far as to raise the question of why [Israel is] even a member of the United Nations . . . the Israeli government does not respect its own obligations as a UN member state [because] they, in fact, consistently, either directly or through the United States, try to undermine UN mechanisms.”

He referred to a “Jewish lobby” and unspecified nongovernmental organizations as overseers of pro-Israeli views.

Pillay, a distinguished South African jurist of Indian descent, is also accused by the Israelis, without evidence, of being part of the Boycott-Divestment-Sanctions movement (BDS), a Palestinian initiative intended to undercut the Israeli economy.

When the 2017 BDS movement attracted attention in Germany, where it was denounced as anti-Semitic, some local governments tried to stop it with repressive or punitive ways. A Munich resident who was supported by defenders of free speech brought a case against the city council, which eventually reached a federal court despite early setbacks.

Early this year, on Jan. 20, the Federal Administrative Court in Leipzig ruled that German law “guarantees everyone the right to freely express and disseminate their opinion.” The Munich City Council, the court added, could not violate that right by denying permission for an event because it disagreed with the expressed views of the BDS campaign.

The Geneva-based Human Rights Council is not — despite what the general public may think — an integral part of the U.N. organization or under the control of the secretary-general. It was created as an independent body in 2005-2006 to replace the discredited Human Right Commission. The council’s 47 member nations are nominated regionally by governments. Its presidency rotates around the U.N.’s designated geographic blocs.

The council appoints scores of monitors and panels on a range of rights-related topics. The commission of inquiry on Israel and occupied Palestine falls roughly into that system. It is the most-recent controversial action on Israel that has drawn often-bitter divisions among nations and regions. 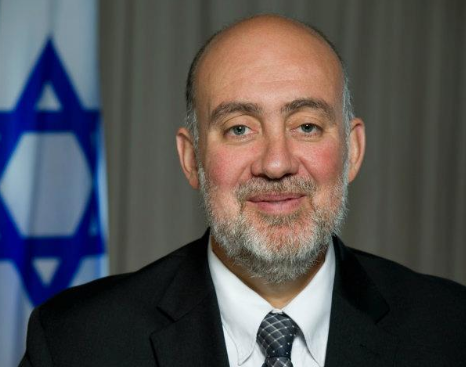 Soon after the Bild report was published in September, barely a week before the scheduled award ceremony, Israel’s ambassador to Germany, Ron Prosor, called on Giffey, Berlin’s mayor — a politician from the Social Democratic Party — to call off the ceremony, which she did. She also barred UNA-Germany from using the Berlin City Hall for its ceremony.

Faced with this setback, which sent a shock through the association, according to some members, UNA-Germany had no choice but to hurriedly cancel the event and rescind invitations. What it will do next is still under discussion.

Jeffrey Laurenti, an American commentator on the U.N. and international affairs and an influential member of UNA-USA, in New Jersey, analyzed the predicament of UNA-Germany for PassBlue. “The German UNA must be credited with some daring in having proposed Pillay for this award, given her current role as chairman of a commission of inquiry that Israeli authorities are very anxious to discredit,” he wrote in an email. “For obvious reasons of 20th century history, Germany is one of the most philo-Israeli countries in Europe.”

“From The Times of Israel report,” Laurenti added, “one senses that Ron Prosor, the Israeli ambassador in Berlin (who served as permanent representative at the U.N. a decade ago), sees the cancellation of the award by Berlin’s mayor as evidence of Israel’s, and maybe specifically his, successful diplomacy.

The larger purpose, of course, is preemptively to discredit whatever the commission of inquiry may find. The publicly raised doubts about the propriety of Israel’s membership in the U.N. by one of Pillay’s commission members, Miloon Kothari, has already raised the political price in some Western capitals for heeding the commission’s eventual findings.”

Barbara Crossette is the senior consulting editor and writer for PassBlue and the United Nations correspondent for The Nation. Previously, Crossette was the U.N. bureau chief for The New York Times from 1994 to 2001 and before that its chief correspondent in Southeast Asia and South Asia. She is the author of So Close to Heaven: The Vanishing Buddhist Kingdoms of the Himalayas, The Great Hill Stations of Asia. She won the George Polk award for her coverage in India of the assassination of Rajiv Gandhi in 1991 and the 2010 Shorenstein Prize for her writing on Asia.