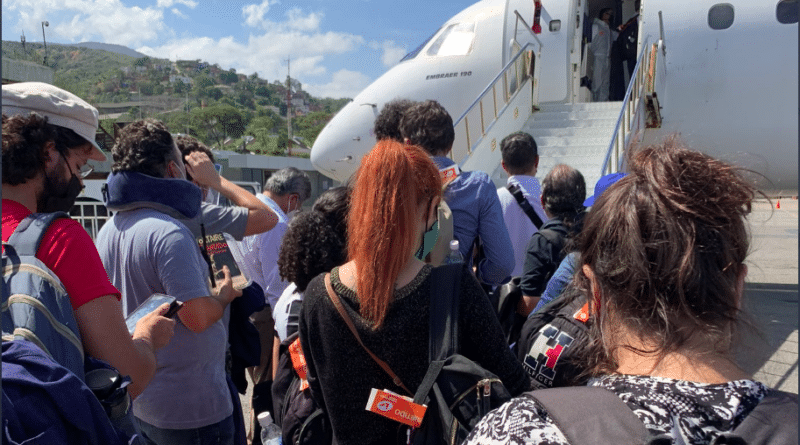 President Nicolás Maduro regretted that his Colombian counterpart Iván Duque prevented, by closing the neighboring country’s airspace, a group of international observers from traveling from Venezuela to Mexico on Monday, December 7.

This was stated during a press conference that Maduro held with local and international press correspondents, which took place Tuesday at noon at the Miraflores Palace in Caracas.

Flight of international election observers lands in Maracaibo, near Venezuela-Colombia international border. Not able to proceed across border. Freedom of skies prevented by Colombian government of @IvanDuque. Take notice. pic.twitter.com/1XrYSOwMg9

“These are things that happen because of Iván Duque’s obsession with Venezuela,” said the Venezuelan head of state. “He would like to start a war with Venezuela but he has not been able to. It reveals his lack of morals.”

More than 200 international observers were stranded in Venezuela for at least 12 hours, because the Colombian president ordered the closure of Colombian airspace.

These people had planned to travel to Mexico on Monday and, due to the measure, the flight was delayed.

According to information released by journalist Cynthia García through her Twitter account, the group was finally able to board a plane for Mexico.