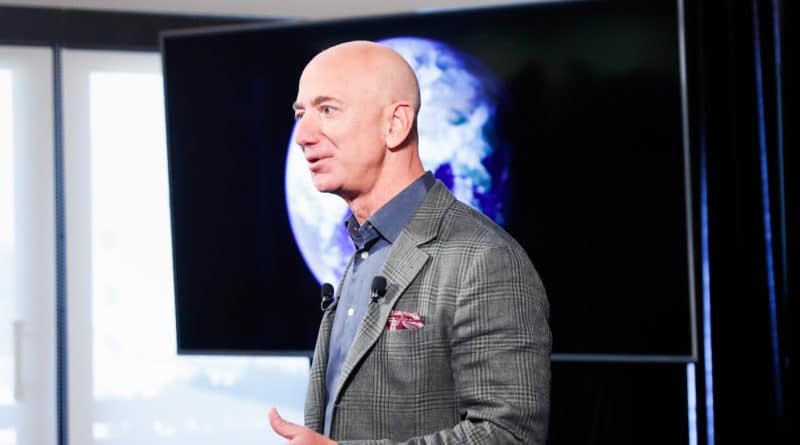 The donation would be equivalent to someone who earned $500 per week announcing on social media that they had just donated five cents to help tackle the blazes.

Jeff Bezos, the founder of Amazon and the newly crowned richest person in the world, announced Sunday on his Instagram page that his company was donating one million Australian Dollars (around 690,000 U.S. Dollars) to help the country deal with the continent-wide fires ravaging the nation. “Our hearts go out to all Australians as they cope with these devastating bushfires,” he wrote. Amazon also pledged to provide technical support to government agencies dealing with the emergency. The gesture gained him a great deal of priceless positive press across the world, with headlines linking him and Amazon to solidarity with people in need. “World’s richest man’s generous bushfire act” read the headline in one local Australian outlet.

Our hearts go out to all Australians as they cope with these devastating bushfires. Amazon is donating 1 million AU dollars in needed provisions and services. Find more about it and learn how customers can help as well. Link in bio.

To many people worldwide, one million dollars is an almost incomprehensibly large and life changing sum. But to Bezos, who became the world’s first centi-billionaire in 2018, the amount represents a very small contribution to an urgent catastrophe affecting an entire continent. Bezos earns a reported $230,000 every minute. Considering these figures, the 690,000 U.S. Dollar donation represents just three minutes’ income for the business and media magnate. As a comparison, would somebody who earned $500 per week make an announcement on social media that they had just donated five cents to help tackle the blazes? Because that is what they would earn, on average, every three minutes.

This is how much money #JeffBezos makes in 3 minutes. https://t.co/HL9dYadpVQ

In this context, Bezos’ donation appears to be far less a generous gift to the people of Australia but a cold, calculated public relations move, designed to ward off increasing organized resistance to his enormous wealth.

Democratic presidential frontrunner Bernie Sander has targeted Bezos specifically and declared that “billionaires shouldn’t exist.” As MintPress reported last month, despite the supposed generous philanthropy of billionaires like Bezos and Microsoft’s Bill Gates, they continue to accumulate wealth at an almost exponential rate. Just as reports about Amazon workers’ poor pay and shocking working conditions were surfacing, Bezos declared that the only way he could see to spend the financial resources he accrued was to explore the solar system and beyond. Sharing the profit with his beleaguered workforce appears to genuinely not have occurred to him.

Linsey McGoey, Professor of Sociology at the University of Essex, UK, told MintPress that, “philanthropy can and is being used deliberately to divert attention away from different forms of economic exploitation that underpin global inequality today.”

Bezos’ donation appears somewhat Scrooge-like in comparison to other public figures who have also donated. Media personality Kylie Jenner donated $1 million. Meanwhile, singer Pink gave away around one percent of her estimated fortune ($500,000). He was also bested by the Instagram model and sex worker Kaylen Ward, as the Californian raised over $700,000 promising to send naked pictures to anyone who proved they donated over $10 to a bush fire charity. Ward’s Instagram account was later suspended.

Bill Gates just surpassed Jeff Bezos as the richest person on Earth, with a net worth of $110 billion.

I struggled to imagine this huge number, so I animated some bar graphs that put it in proportion with other points of reference. The scale is quite stark. pic.twitter.com/uteU9h72fC

Bezos is keenly aware of his public image and uses his media network to control public attitudes towards him and his business empire. Media watchdog group Fairness and Accuracy in Reporting have consistently found that the Bezos owned Washington Post gives their owner and his companies extremely positive press.

While celebrities line up to donate to high profile causes like the Notre Dame Cathedral fire or the fires continuing to rage in Australia, other disasters in developing countries, far away from TV cameras, are not receiving the same attention. Flooding in Indonesia has killed more than twice as many people as in Australia, with little outcry and insufficient international help.

The Australian bushfires have resulted in 27 reported deaths – mostly in the state of New South Wales – as an area the size of Tennessee has been burned. Over one billion animals are estimated to have been killed as well. But while temperature and fire records are set, both Australian and American media fail to make the connection between the catastrophe and human-induced climate change. Amazon itself is a serious contributor to climate change: the company has a massive carbon footprint, producing over 44 million metric tons of carbon per year.

Rain and cooler temperatures are scheduled for this week in New South Wales, but authorities say that it is unlikely to be a solution to the blazes. Neither is Bezos’ donation.