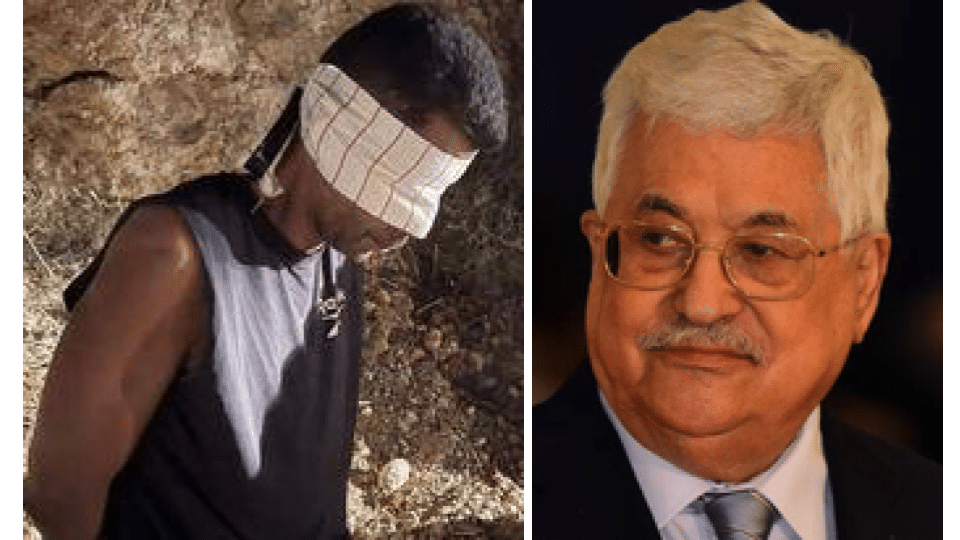 Solitary letter to the de facto President of the Palestinian Authority, Mahmoud Abbas
I have made a pact with life that, in my rudimentary and messy struggle from the Diaspora for the liberation of my Palestinian homeland against Israeli colonial anachronism, it will intrinsically be my path and encounter with humanity itself, with all that is noble, sane, just, honest and generous. I do not speak of the beautiful, because all this is painful and I stoically protect it with the mud and honey of dignity.

When you die, I will not celebrate your death. I say this because there is a tendency to celebrate the death of traitors. Perhaps I will die before you. And I will not celebrate your death precisely so that I do not degrade myself in the human misery that causes suffering, so that injustice does not dehumanize me. I take refuge in the human condition, that is my temple. When a just or unjust human creature dies, it is the same human self. When Rulilahla Mandela died, it was the same human self and I rejoiced in his fruitful humanity. When the genocidal genius Ariel Sharon died, it was the same human self that scared me with shame and horror. The death of tyrants, bloodthirsty, genocidal and treacherous people is not a victory of the people in struggle. I will not celebrate the death of Henry Kissinger, George Bush, José María Aznar, Tony Blair, Bin Salman, Madeline Albright, Tzipi Livni, Mohamed Bin Zayed Al Nahyan, Hamad Bin Isa Al Khalifa, among many others.

Out of respect and love for humanity and life, I will not celebrate your death, but I will make it clear, out of outrage, that a traitor of my people has died. The greatest traitor of the Arab world is a Palestinian.

I feel the poem of our Galilean, Mahmoud Darwish who prays, writes, that I am an Arab. It will be written that Mahmoud Abbas was an Arab traitor. Your criminal betrayal of humanity, contributing not only to colonialism but to the zionist project to end, to make disappear, to exterminate our people, endangering also the existence and continuity of the Arab, Persian and Kurdish peoples and cultures. Greater Israel.

RELATED CONTENT: The Palestinian Cause is Neither a Religious nor a Human Rights Cause

The liberation of Palestine against the colonial yoke and anachronism, that desperately just and tormentingly human cause, is the outcome and contribution to contemporary and universal history of advancing against inhuman colonial barbarism, imperial atrophy and against the most effective fascist movement of our time, zionism.

Dialectically, the enemy also provides us with strength, keeps the fire of dignity, but the betrayal of one’s own brother breaks you emotionally and morally. I am prepared because all struggles against colonialism are hard, long, bitter, cruel, dirty, corrupt, treacherous and cursed. You and the untouchable tyrants, Arab traitors, those sacred cows of the western empire, no matter how devastating and frightening, will not stop me. I know I cause laughter, when I say nobody will stop me.

In a meeting of multiple popular collectives in the Guarataro neighbourhood in Caracas, Venezuela, from those agoras, just like Athens, a man said that the liberation of Palestine is the liberation of the world, that this should provoke a new historical course, that the world would change for the better. When a man hundreds of thousands of kilometres away from Palestine is able to feel this and a native is not able to conceive the same, it lets us know who is at the entrails of humanity and who is not.

Some personal stories for my Palestinian people and their mourners
When I was a child I played at war, at the liberation of Palestine. Once I took a painting of Jamal Abdel Nasser and my father scolded me, telling me that no one should touch his painting.

From the Diaspora in Venezuela, it was a tradition that if someone came from Palestine, they would bring soil from there and put a handful in a glass jar. Palestinian families put the jar in the home library, some in the bedroom, others in the living room, like a pedestal. We had it in a window. Sometimes I would take the jar of earth to school and explain to the children that it was Palestinian land and that the Jews had stolen our homeland. Several days had passed and the jar was not in the window. My father knew I had it and told me to give it to him. I gave it to him but it was empty, without the soil. Worried, he asked me where is the soil; I told him crying that I had swallowed it. He made an impressed feminine moan and asked me why I had done that, and I looked him in the eyes and told him, I am Fidahiyah (freedom fighter) and I started to kiss him non-stop.

I was sitting on my father’s lap watching television; it was the opening of the Montreal 1976 Olympic Games. When they announced the colonial regime of Israel, the reception was apotheosis, I was hurt and my father, a Palestinian peasant, a survivor of Al Nakba, wounded, said, they are ignorant criminals. But when they went for the P, I said excitedly, “Palestine is coming, Palestine is coming!” They announced Pakistan, Panama, Paraguay, Peru, Poland, Portugal, Puerto Rico, and they didn’t announce Palestine. I turned around; kneeling on the floor I started to cry between his legs; he caressed me in pain and continued to watch that fascinating Olympic inauguration, which almost the whole planet was watching.

I recreated and enjoyed the atlas books and catalogues but it was sad, an outrage, humiliating and heartbreaking to see how they had made Palestine disappear, erase Palestine from the world map (But today it is scary to see how the Palestinian Authority is the one that is making the map of Palestine disappear within the Palestinian people itself, through the trap of two states). Once in my primary school library, I took a beautiful atlas big book and wrote Palestine over Israel. They accused a Lebanese boy and he said he didn’t do it, when they showed him the big book, the boy said that was correct, that the real name is Palestine. They told him then yes it was you. Today I think of that boy and he didn’t give a damn about the accusation, he was immersed in explaining that the correct name is Palestine. They called his parents, showed them the big book and when they saw it they said, that’s right, it’s Palestine not Israel, and they happily said yes it was our son and went away happy. I felt a magical and naughty Arab love.

Let’s get the merchants out of the Temple
There are no peoples without heroes and traitors. The worst crisis is not the political or economic one, it is the moral and identity crisis. The hardest struggle is the internal one, we must abolish the Palestinian Authority (without provoking a civil war, which would be ideal for Israeli colonialism). The Palestine Liberation Organisation (PLO) must be rescued and revived. The Zionist project is to make the Palestinian people and the rest of the Arab-Persian and Kurdish peoples disappear. Jews in good faith never negotiated with the Nazis. There are Jews who negotiated with the Nazis and it was for their own economic interests. It is a poor-thinking Palestinian who today believes in two states. Since the Oslo Accords, we have allowed ourselves to be alienated; let us not allow ourselves to become complacent. The false and unworthy proposal of two states is a sedative for the invisible extermination of the Palestinian people. I return to my childhood to collect the purest sentiment, to resurrect the cause of the Liberation of Historic Palestine. Let us not lose our raison d’être and let us rescue our own identity.

We have a date with history and a debt to humanity, to execrate colonial anachronism and to overthrow the most powerful fascism of our time, zionism.

I ask the world not to confuse the worthy Palestinian Cause with the Palestinian traitor—we have our sweet Jesus but also the traitor Judas.