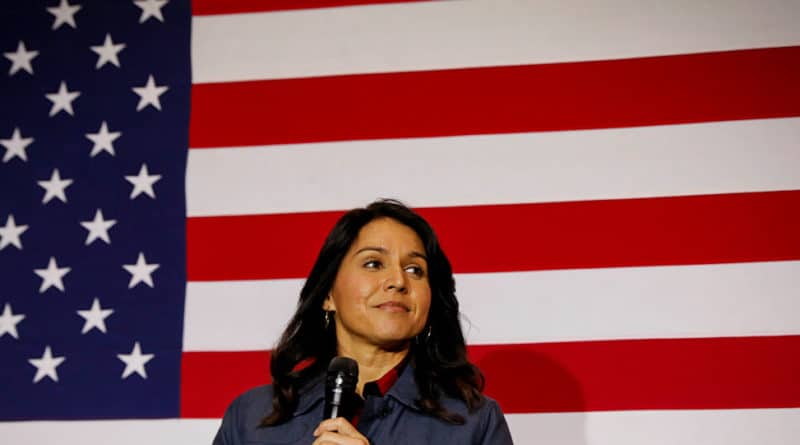 Given the new standard of needing a 20 percent minimum share of delegates to participate in the debates, there are now only two candidates left in the Democratic race – former US Vice President Joe Biden, 77, and Vermont Senator Bernie Sanders, 78.

The new standard requires earning a minimum of 20 percent of the delegates by 15 March. The next Democratic primary is scheduled for 10 March, with voters in six states heading to the polls, in which Gabbard is unlikely to obtain the required percentage of delegates to share to participate in the Arizona debate on 15 March.

Elizabeth Warren announced on 5 March she was ending her campaign but refrained from endorsing any of the remaining candidates, while Michael Bloomberg, Pete Buttigieg, and Amy Klobuchar withdrew from the race to endorse Biden for the presidential bid.

Meanwhile, Joe Biden won a decisive victory in South Carolina and took a number of states on Super Tuesday, winning 10 out of 14 contests in total. His rival from the progressive wing of the Democratic Party, Sanders, emerged the winner in the “golden state” of California, which with its 415 delegates is the single biggest prize of the race.