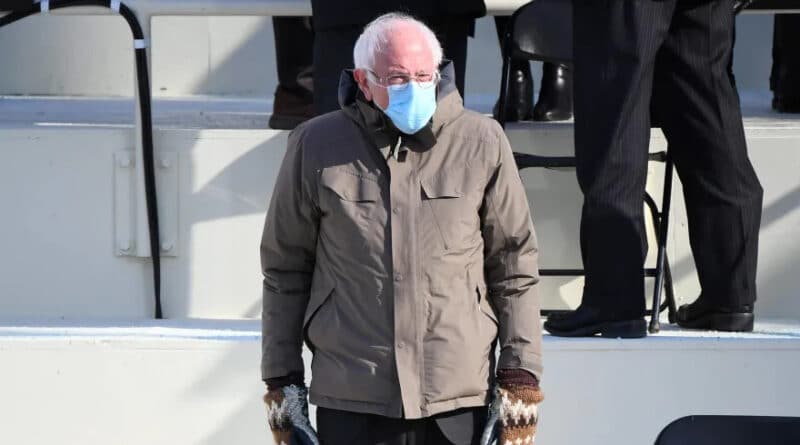 A record-breaking 4,000 Americans are now dying each day from Covid-19, while the federal government fumbles vaccine production and distribution, testing and tracing. In the midst of the worst pandemic in 100 years, more than 90 million Americans are uninsured or underinsured and can’t afford to go to a doctor when they get sick. The isolation and anxiety caused by the pandemic has resulted in a huge increase in mental illness.

Over half of American workers are living paycheck to paycheck, including millions of essential workers who put their lives on the line every day. More than 24 million Americans are unemployed, underemployed or have given up looking for work, while hunger in this country is at the highest level in decades.

Because of lack of income, up to 40 million Americans face the threat of eviction, and many owe thousands in back rent. This is on top of the 500,000 who are already homeless.

Meanwhile, the wealthiest people in this country are becoming much richer, and income and wealth inequality are soaring. Incredibly, during the pandemic, 650 billionaires in America have increased their wealth by more than $1tn.

As a result of the pandemic education in this country, from childcare to graduate school, is in chaos. The majority of young people in this country have seen their education disrupted and it is likely that hundreds of colleges will soon cease to exist.

Climate change is ravaging the planet with an unprecedented number of forest fires and extreme weather disturbances. Scientists tell us that we have only a very few years before irreparable damage takes place to our country and the world.

And, in the midst of all this, the foundations of American democracy are under an unprecedented attack. We have a president who is working feverishly to undermine American democracy and incite violence against the very government and constitution he swore to defend. Against all of the evidence, tens of millions of Americans actually believe Trump’s Big Lie that he won this election by a landslide and that victory was stolen from him and his supporters. Armed rightwing militias in support of Trump are being mobilized throughout the country.

In this moment of unprecedented crises, Congress and the Biden administration must respond through unprecedented action. No more business as usual. No more same old, same old.

Democrats, who will now control the White House, the Senate and the House, must summon the courage to demonstrate to the American people that government can effectively and rapidly respond to their pain and anxiety. As the incoming chairman of the Senate budget committee that is exactly what I intend to do.

What does all of this mean for the average American?

It means that we aggressively crush the pandemic and enable the American people to return to their jobs and schools. This will require a federally led emergency program to produce the quantity of vaccines that we need and get them into people’s arms as quickly as possible.

It means that during the severe economic downturn we’re experiencing, we must make sure that all Americans have the financial resources they need to live with dignity. We must increase the $600 in direct payments for every working-class adult and child that was recently passed to $2,000, raise the minimum wage to $15 an hour, expand unemployment benefits and prevent eviction, homelessness and hunger.

It means that, during this raging pandemic, we must guarantee healthcare to all. We must also end the international embarrassment of the United States being the only major country on Earth not to provide paid family and medical leave to workers.

It means making pre-kindergarten and childcare universal and available to every family in America.

Despite what you may have heard, there is no reason why we cannot do all of these things. Through budget reconciliation, a process that only requires a majority vote in the Senate, we can act quickly and pass this emergency legislation.

But that is not enough. This year we must also pass a second reconciliation bill that deals with the major structural changes that our country desperately needs. Ultimately, we must confront the grotesque level of income and wealth inequality and create a country that works for all and not just the few. Americans should no longer be denied basic economic rights that are guaranteed to people in virtually every other major country.

And it means making the wealthiest Americans and most profitable corporations pay their fair share of taxes. We cannot continue to allow profitable corporations like Amazon to make billions of dollars in taxes and pay nothing in net federal income taxes. And billionaires cannot be allowed to pay a lower tax rate than working-class Americans. We need real tax reform.

There is no reason Joe Biden could not sign into law two major bills that will accomplish most of the goals I listed above within the first 100 days of the new Congress. We cannot allow Mitch McConnell and the Republican leadership to sabotage legislation that would improve the lives of millions of working Americans and is wildly popular.

Let us never forget. When Republicans controlled the Senate, they used the reconciliation process to pass trillions of dollars in tax breaks primarily to the top 1% and multinational corporations. Further, they were able to confirm three rightwing US supreme court judges over a very short period of time by a simple majority vote.

If the Republicans could use the reconciliation process to protect the wealthy and the powerful, we can use it to protect working families, the sick, the elderly, the disabled and the poor.