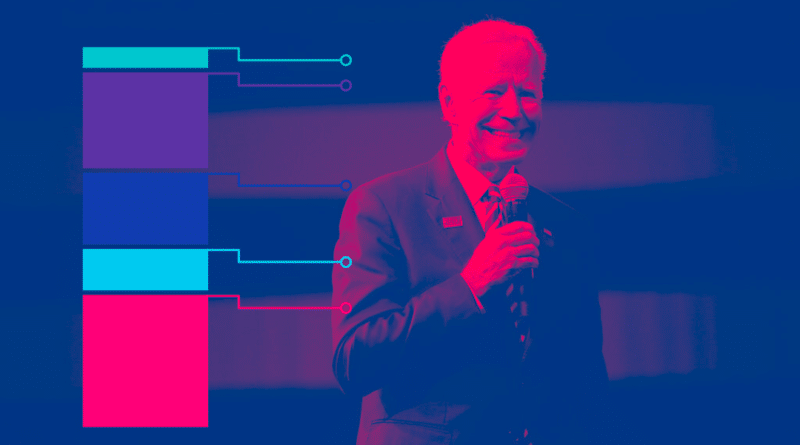 NOTE: Orinoco Tribune doesn’t normally republish opinion articles over seven days old, but in this case we are making an exception.

Joe Biden is not only a loyal soldier of neoliberalism, he has been the architect of much of today’s hellish political landscape. The last fifty years of ruling class ascendancy is a timeline studded with Creepy Joe’s despicable actions.

• As an anti-busing crusader, Biden promoted nearly a dozen pieces of legislation aimed at placing strict limits on federal agencies and the courts’ ability to mandate busing to achieve racial integration in schools.

• As part of his crusade against the desegregation of schools, he was the only member of the Senate Judiciary Committee to block two Black appointees to the Department of Justice.

• Biden defeated a 1977 amendment that would have removed all restrictions on federal funding of abortions.

• Biden voted for a conservative constitutional amendment (at the time the National Abortion Rights Action League called it “the most devastating attack yet on abortion rights”) that would allow individual states to overturn Roe v. Wade.

• Biden crafted the “Biden Amendment” which barred US aid from being used for biomedical research related to abortions.

• Years later, Biden intimidated a woman when confronted about his lack of support for reproductive justice.

• Biden was one of the original architects of the disastrous War on Drugs.

• Biden lied about marching in the Civil Rights Movement.

• Biden voted for the landmark Reagan tax bill that slashed the top income tax rate from 70 percent to 50 percent and exempted many wealthy families from the estate tax on earned inheritances, a measure that cost the federal government $83 billion in annual revenue.

• For years, Biden advocated for cuts in social security. After voting for Reagan’s mammoth tax cut for the rich, Biden called for a freeze on federal spending and insisted on including social security in that freeze, even as the Reagan administration fought to protect the program from cuts.

• As chairman of the Senate Judiciary Committee Biden led an all white, all male committee grilling Anita Hill in excruciating detail, attempting to degrade her character, destroy her credibility, and accuse her of being a liar, an erotomaniac, and a fantasist.

• Biden sexually assaulted Tara Reade. Inappropriate sexual behavior did not start or end with Reade; Biden has a long history of groping, sniffing, and kissing women and young girls without consent. Years later he issued a non-apology where he tried to justify his acts.

• Biden cowrote the racist and disastrous 1994 Crime Bill. The crime bill was one of the key contributors to the problem of mass incarceration that we have today. Years later he bragged about writing the bill.

• Biden cowrote the Omnibus Counterterrorism Act, which in many ways laid the groundwork for the US Patriot Act, and stripped citizens of a wide range of fundamental civil liberties.

• Biden voted to expand deportations and indefinite detention for immigrants on several occasions.

• Long before Trump, Biden argued for the unprecedented step of sending military troops to the border.

• Biden sided with banks to overturn Glass-Steagall and deregulate the banking system, which more than any other factor facilitated the 2008 financial crisis. The crisis resulted in over 10 millionAmericans losing their homes and the African American community losing half their wealth.

• Biden was an architect for Plan Colombia, which internationalized the War on Drugs, resulting in the deaths of thousands of civilians, the displacement of over a million people, and the destruction of large swaths of food crops.

• Biden voted for the USA Patriot Act, which was an all-out assault on civil liberties.

• Biden voted for the disastrous Iraq war, a war that cost over 3 trillion dollars, killed over 1 millionIraqis, displaced over 3 million people and injured millions more. Years later, Biden said he would do it again.

• Biden was a key architect for the Bankruptcy Abuse Prevention and Consumer Protection Act, which made it more difficult for people to file Chapter 7 bankruptcy, and made it completely impossible to discharge student debt.

• Biden voted to build border walls along the southwest border of the United States.

• Biden supported requiring immigrants to learn English in order to get documentation.

• Continuing on his long history of praising segregationists, Biden gave the eulogy for Strom Thurmond and called him one of his “closest friends.”

• Biden voted against enhancing the enforcement of labor protections.

• Biden worked to undermine reproductive rights by trying to cut mandated coverage for contraception from the Affordable Care Act.

• The Obama/Biden administration awarded Biden’s brother James’s company a $1.5 billion construction contract, despite having no prior residential construction experience.

• Biden said the CIA torture report was “not a black stain on this country” but rather a “badge of honor.”

• Biden opposes Medicare For All.

• Biden opposes the legalization of marijuana.

• Biden still to this day opposes federal funding for abortion.

• Biden sides with Trump in backing a right-wing coup in Venezuela.

• Biden supports sanctions on Venezuela which have killed as many as 40,000 innocent Venezuelans.

• Biden openly courts Republican billionaires for donations, including John Catsimatidis, who likened taxing the wealthy to Nazi persecution of Jews.

Anderson Bean is a North Carolina based activist and author of the book The Communal State: Venezuela’s struggle for participatory democracy in a time of crisis forthcoming from Lexington Books.