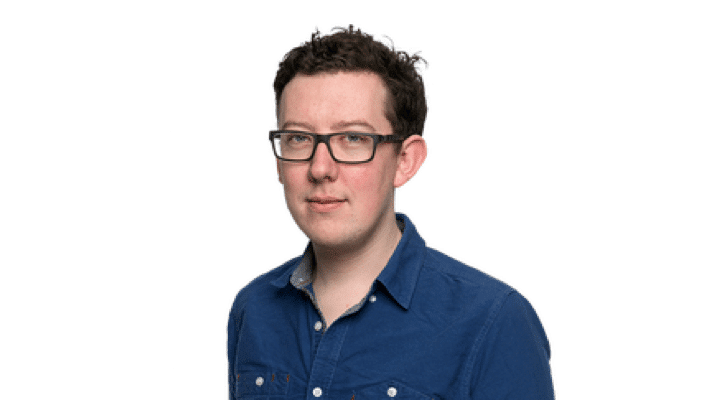 I wouldn’t have thought that any mass media reporters would have the temerity to continue the public smear campaign against WikiLeaks founder Julian Assange after it became clear to everyone that he was the subject of a brutal Trump administration prosecution aimed at criminalizing inconvenient journalism. But if there was going to be anyone to take up that flag, it would be the odious James Ball.

Ball, who as activist Suzie Dawson documented in 2016 has been working within the plutocratic media to destroy Assange’s reputation for years, has just published yet another disgusting smear piece titled “Julian Assange is no hero. I should know — I lived with him and his awful gang”, this time with Murdoch’s Sunday Times. Claiming that Assange is “Reckless and immoral in deed and word”, Ball spins the tortured journalist as a monster who must remain marginalized and never be trusted by sources again.

This would be the same James Ball who, as Financial Eyes recently observed, “admits to having taken money from the Integrity Initiative, a government and NATO funded propaganda unit designed to shape opinion in a direction hostile towards Russia and favourable towards increased militarism.”

It’s no secret that money talks but, in today’s anti-Assange hit piece, @jamesrbuk keeps very quiet about exactly what attracts him to the billionaire US oligarch Mr Rupert Murdoch. https://t.co/tRjsCr9zAd

This would also be the same James Ball who, a year before Assange was dragged out of the Ecuadorian embassy in which he’d taken political asylum fearing US extradition, authored a Guardianarticle titled “The only barrier to Julian Assange leaving Ecuador’s embassy is pride” and subtitled “The WikiLeaks founder is unlikely to face prosecution in the US, charges in Sweden have been dropped – and for the embassy, he’s lost his value as an icon”.

“There is no public criminal case against Assange or WikiLeaks in the US,” Ball argues in his January 2018 article, claiming there is “no real reason to believe anything has changed with Assange’s situation in the US.”

Well something had indeed changed in the US. Assange was being spied on by US intelligence with Trump megadonor Sheldon Adelson acting as a liaison between the CIA and a private intelligence corporation, and in December 2017 the Trump administration had ordered Assange’s arrest and begun orchestrating an international plot to enact it after the CIA Director branded WikiLeaks a “non-state hostile intelligence service.”

If I had written an article in a major publication claiming there was “no real reason” to believe Assange would face extradition proceedings if he left the Ecuadorian embassy, and then that claim had proved horrifyingly wrong, I personally would have done what any normal person would do and shut the entire fuck up about Julian Assange for the rest of my life.

RELATED CONTENT: Advancing Propaganda For Evil Agendas Is The Same As Perpetrating Them Yourself

Not James Ball though. There’s a certain type of personality that guarantees it will always fail upward because it possesses a remarkable combination of power-worshipping obsequiousness, a total lack of shame, and a complete lack of scruples. It’s the same type of personality that still gets lucrative punditry work after pushing for the Iraq invasion. James Ball has no more business opining about Julian Assange than John Bolton has about the merits of interventionist foreign policy, yet both remain visible and vocal. Because they are the same kind of creature.

I’m pretty good with words, but I’ve never succeeded in finding any which adequately articulate the absolute depravity of the mass media smearmeisters who’ve spent years getting paid to churn out deceitful hit pieces about Assange while he’s silenced and unable to defend himself. There’s simply no one lower. There’s shit, there’s the shit that would come out of shit if shit could shit, and then there’s people like James Ball.

I’ve worked a lot to debunk this smear campaign, and it’s sucked because I know for a fact that Assange could have done an infinitely better job of it than I can if he still had internet access. He knows all the facts about his work inside and out, and could have knocked out the smears as they came.

But that was the whole idea. That’s why they silenced him, long before they dragged him out of the embassy. The empire needed the public to consent to his persecution, and he was running interference on their consent manufacturing campaign. And now they kick him while he’s down, continuing to stomp his reputation into the ground even as he’s being unjustly locked in Belmarsh after a judge already blocked his extradition.

The torture and brutalization of Julian Assange has only been made possible by the fact that the public consents to it, and the public only consents to it because of a concerted mass media smear campaign that took place between late 2016 and his arrest in April 2019. People like James Ball are directly responsible for the empire’s ability to make an example of what happens to a journalist who exposes US war crimes, and they must never be forgiven for it.