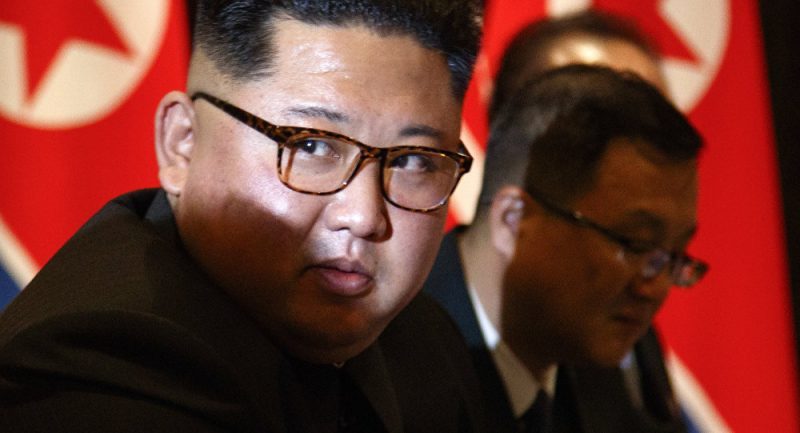 North Korean leader Kim Jong-un said he is happy to be in Russia, where he arrived on his armored train early this morning on April 24, according to a statement from the Russian regional administration.

During a brief meeting with the representatives of the regional administration and the Russian Foreign Ministry that took place at the railway station of Jasán, Kim assured that “it will not be the last time” to visit Russia.

The North Korean leader added that this is the “first step” in the development of relations with Russia.

At the moment Kim’s train is heading to the Russian city of Ussuriisk.

The train is scheduled to arrive in the Russian city of Vladivostok, where Kim will meet with Russian President Vladimir Putin on April 25, the afternoon of April 24.

On April 23, Kremlin adviser Yuri Ushakov said it would be the first meeting between the leaders of both countries.

He said that the negotiations will begin with a face to face, then there will be a discussion in a reduced format and later in a broader format with the participation of delegations from both countries.

RELATED CONTENT: Chancellor Arreaza on Day of Multilateralism: US Seeks to Undermine Privileges & Rights of Venezuela at the UN (Video)

At the same time, he pointed out that for the moment it is not expected that the leaders will sign documents or issue joint statements at the end of the negotiations.

The Kremlin adviser said Putin and Kim’s negotiations will focus “on the diplomatic solution to the nuclear issue on the Korean peninsula.”

A source familiar with the visit program told Sputnik that the North Korean leader plans to visit several places in Vladivostok on April 26, in particular the Primorsky Aquarium.

“Kim Jong-un will depart from Vladivostok on the morning of this Friday (April 26),” he revealed.