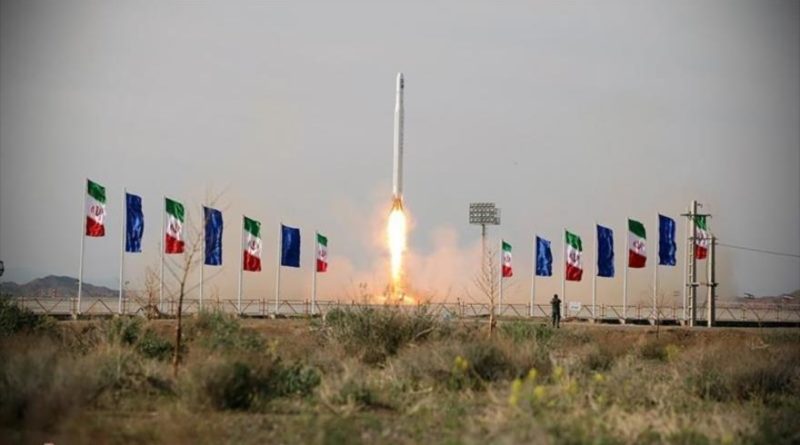 The triumphant launch of the IRGC-produced Iranian satellite has angered the Israeli regime and its main ally, the United States.

Iran’s Islamic Revolutionary Guard Corps (IRGC) has successfully launched its first military satellite, called “Nur (light in Persian)”, into orbit, which is a great achievement and evolution for the Islamic Republic in the spatial realm before the eyes of the world.

Through a statement, the Israeli foreign affairs ministry has reacted, this same afternoon, to the successful launching of the Iranian satellite, for which it has requested more sanctions against Tehran.

Israel strongly condemns the launch of a military satellite by the Iranian Guard Corps, the text states.

The document stresses that the Israeli regime calls for “international condemnation” due to Iran’s launch of the satellite, as well as demanding more embargoes against Tehran to prevent the Persian country from engaging in “unpleasant and dangerous activities.”

In this regard, the US Department of Defense (the Pentagon), in response to the Iranian launch, has stated that Washington continues to monitor Iran’s satellite program.

Iran has achieved this success while US authorities have repeatedly shown their controversial opposition to Iran’s peaceful space program.

The proud success of the nationally made satellite coincides with the anniversary of the founding of the IRGC, created on April 22, 1979, and it has been carried out despite pressure and threats from the United States.

In 2009, the Persian country successfully put its first national data processing satellite into orbit, called Omid (hope). Iran is currently capable of designing, manufacturing and launching satellites into space. The Iranian Space Agency plans to manufacture imaging satellites, precise to one meter, by 2025.

Source URL; HispanTV (use VPN in the US)