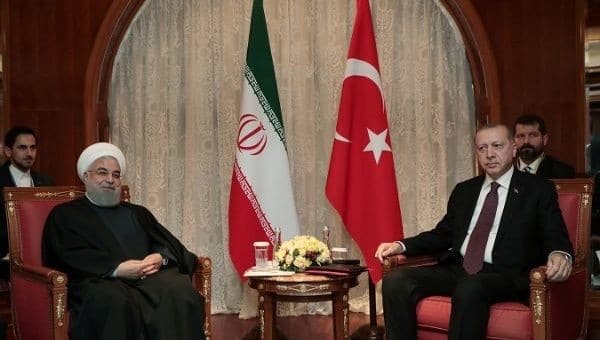 Russia, Iran, and Turkey met to safe zones, refugees, heavy weapons, and jihadists at a summit on Syria in Sochi.

Russia met with Turkey Thursday to talk about the Syria conflict at a Black Sea resort town. Russian, Turkish and Iranian presidents were all in attendance.

All three countries have forces on the ground in Syria where they have coordinated their efforts despite sometimes having differing priorities and interests.

A planned withdrawal of U.S. forces from Syria, announced by President Donald Trump in December, has however, made a meeting necessary to work out issues Moscow and Ankara in particular.

Turkey wants to set up what it calls a safe zone in northeast Syria, parts of which are now controlled by U.S. forces, and for the area near the Turkish border to be cleared of the U.S.-backed Kurdish YPG militia.

But, speaking ahead of the start of the Sochi summit on Syria, a Russian Foreign Ministry spokeswoman said Ankara would need Assad’s green light to create any safe zone inside Syrian borders.

“The question of the presence of a military contingent acting on the authority of a third country on the territory of a sovereign country and especially Syria must be decided directly by Damascus,” Maria Zakharova said in answer to a question about the Turkish safe zone plan. “That’s our base position.”

But that is likely to be an unappealing prospect for Erdogan, who has called for Assad to step down after years of civil war that has shattered his country.

The Kremlin on Thursday also made clear that its discomfort over Turkey, a NATO ally, enforcing a demilitarized zone in the northwestern Idlib region.

Moscow and Ankara brokered a deal in September to rid region free of heavy weapons and jihadists. The agreement helped avert a government assault on the region, which is the last major bastion of Assad’s opposition.

But Moscow has since complained that Islamist militants who used to belong to the Nusra Front group are now in control there and wants military action to drive them out.

Ankara is more concerned about potential refugee flows from Idlib in the event of a military operation, and wants to retain its influence in a region on its border.

It also does not want developments in Idlib to distract from its plan to set up a safe zone in the northeast.

“… Implementing the decision on Idlib is one of the overall components in our policy to stabilize Syria to definitively create the conditions for things to move onto a political settlement,” said Peskov, who made clear Putin would press Erdogan on the subject later on Thursday.

The U.S. and its allies are also meeting in Warsaw, Poland for two days of meeting to discuss how to bring “peace and stability to the Middle East.” The talks have been seen as a way for U.S. President Donald Trump to get support among European and Arab allies to put further pressure on Iran.

Since pulling out of the Iran nuclear deal, the Washington has been looking to find further ways to isolate the country economically and politically.