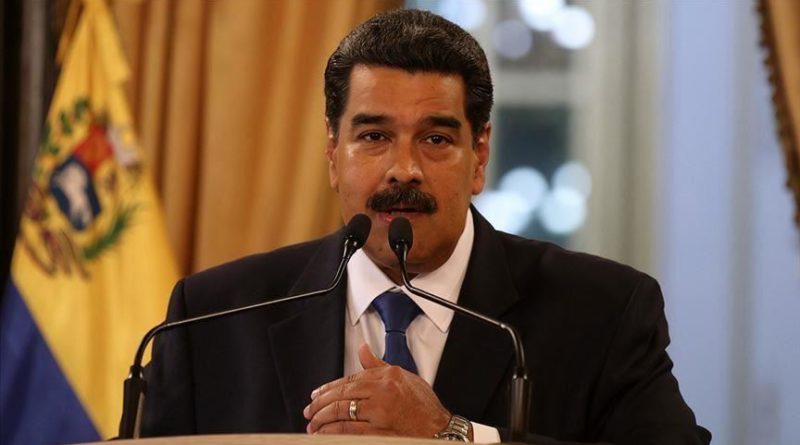 Talks to establish ‘new basis of relations that contribute to the stability of the region,’ says Venezuelan president

Ankara – Venezuela’s President Nicolas Maduro said he is ready to set up talks with the U.S. after a year of tension.

“I am a man of dialogue! With [U.S. President] Donald Trump or with whom the U.S. governs: whenever, wherever and however they want, we are ready for a dialogue with the highest respect and dignity to establish new basis of relations that contribute to the stability of the region,” Maduro tweeted late Wednesday, showing his will to open a new page in 2020 with the Trump administration.

Tension escalated between two countries after the U.S. threw support behind opposition leader Juan Guaido at a time when he engaged in a power battle with Maduro at the beginning of 2019.

Washington has been focusing on economic and diplomatic strain against Maduro, including imposing sanctions against Venezuela, his top officials and several governmental departments as it seeks to increase pressure on Caracas.

The U.S. also frozen all assets of the Venezuelan government in earlier August.

No statement has yet been made by the Trump government on the issue.