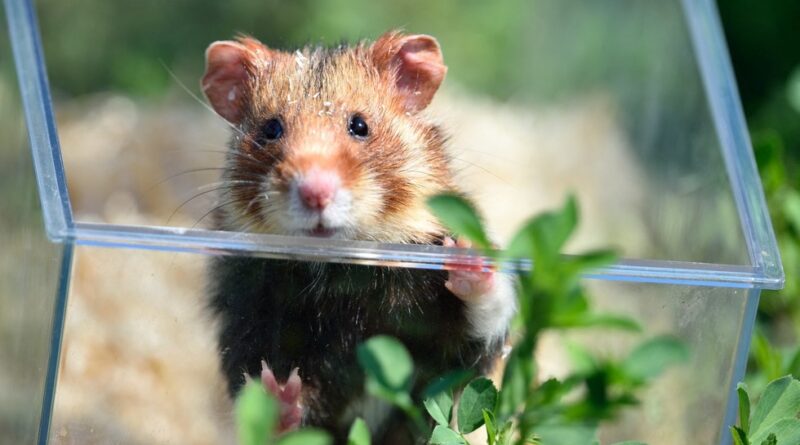 The New York Times was accused of “soft racism” after running a headline about how China’s latest COVID-19 vaccine is “made from the ovary cells of hamsters” on the same day shootings in Georgia left six Asian women dead.

In the Tuesday article on China’s fifth approved COVID-19 vaccine, developed by the Chinese Academy of Sciences and Anhui Zhifei Longcom Biopharmaceutical Co., the New York Times emphasized the jab’s connection to hamsters in both its website headline and Twitter posts, which read, “China has approved its fifth COVID-19 vaccine, and it’s made from the ovary cells of hamsters.”

It later changed the headline following an outpouring of criticism.

Social media users instantly slammed the article, written by Singapore journalist Sui-Lee Wee, as “irresponsible” and accused the paper of “fueling racism.” One biologist pointed out that the use of hamster ovary cell lines to make proteins is a worldwide practice that was first developed in the United States back in 1957.

“This headline seems like you’re trying to stir up negative feelings about China which is NEVER ok, especially not today with the rise of anti-Asian violence and the events [in Atlanta],”complained one user from Rhode Island, while UC San Francisco Professor Dr. Nicole Paulk commented, “Whoever wrote this headline should be ashamed.”

“After everything that has happened this week to the Asian community, you put out a blatantly racist click-bait headline meant to instil fear about this vaccine when many drugs are made in these cells all over the world,” she declared.

RELATED CONTENT: Why are These Anti-Russian and Anti-Chinese Narratives so Similar?

Others posted screenshots of a Times article from two weeks ago asking, “Why Has There Been a Spike of Anti-Asian Hate?” and suggested it could be related to scare-mongering from the media.

The US has approved its third COVID-19 vaccine, and it’s made from the retinal cells of an aborted human fetus. https://t.co/fCOnvKRzvJ

The Times responded to complaints on Thursday by changing the headline from “China’s latest vaccine is made from hamster ovary cells” to “China approves a fifth Covid-19 vaccine,” and issued a correction noting that the vaccine was developed using “hamster ovary cell LINES, and not the direct cells of hamsters.”

We have fixed this story to reflect that the latest vaccine was made using hamster ovary cell LINES, and not the direct cells of hamsters. I apologize for the error. https://t.co/ppyCjdmrdx

Eight people were killed following a series of shootings at Atlanta massage parlors on Tuesday. Six of the victims were Asian women, prompting many to question whether the shootings were racially motivated – though the suspect later told police that he wanted to “eliminate” sexual temptation after allegedly previously visiting massage salons.

Before the shootings, newspapers had reported on a surge of anti-Asian attacks in the United States during the COVID-19 lockdown, which some people attributed to the rise of anti-Chinese political rhetoric.