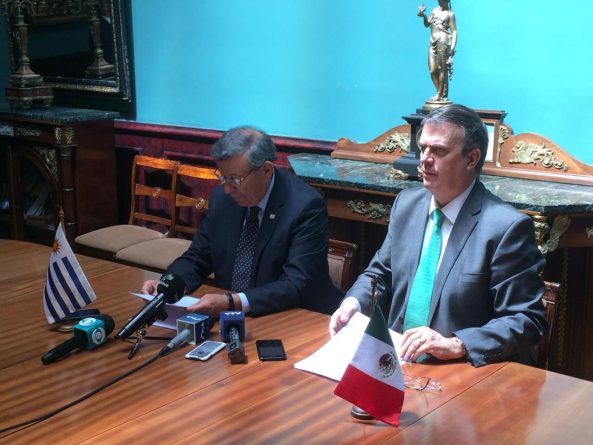 The governments of Uruguay and Mexico presented on Wednesday the so-called “Montevideo Mechanism”, a proposal to generate a dialogue between the government of Nicolás Maduro and the Venezuelan opposition led by Juan Guaidó.

The announcement was made in Montevideo at a joint press conference held by Uruguay’s foreign ministers Rodolfo Nin Novoa and Mexico’s Marcelo Ebrard.

The foreign ministers of Uruguay and Mexico read a joint statement that also highlights the “concern” of both countries “for the serious humanitarian situation” and “exhort” all parties “to respect human rights.”

A big delegation from CARICOM also participated, actively working to create the conditions to solve the Venezuelan crisis through a dialogue with real results, following the directions of the Secretary General of United Nations, Antonio Guterres.

Chancellor Nin Novoa said that this proposal is made “without conditions”, so there is no need to hold early presidential elections in Venezuela. “If we ask for elections at this moment, we are imposing conditions that hinder dialogue. They are the ones who must agree. We go to the dialogue without conditions. Get together, talk and fix, “answered Nin.