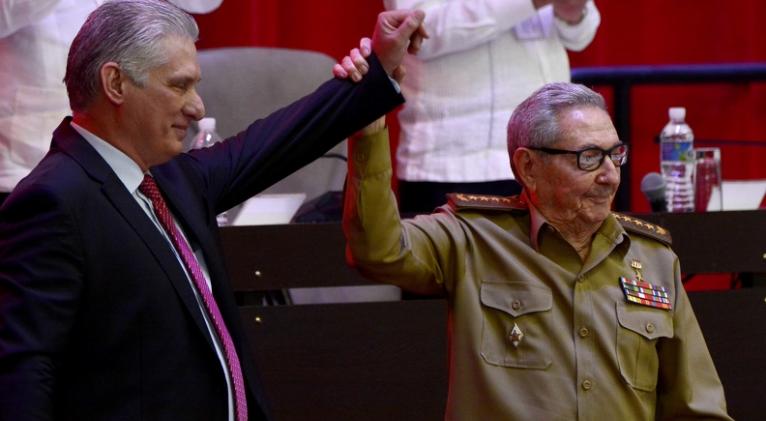 Havana, April 19 (Prensa Latina).- The Central Committee of the Communist Party of Cuba (PCC) today elected the President of the Republic, Miguel Díaz-Canel, as first secretary of the leading political organization of the Caribbean nation.

In its first plenary meeting, the new Central Committee—elected one day earlier by the delegates to the 8th Congress of the PCC—also elected the members of the Political Bureau [Politburo] and the Party Secretariat.

Díaz-Canel will hold the position held by Army General Raúl Castro—exemplar of the historic Cuban Revolution led by Fidel Castro—whose legacy prevailed at the congress.

Raúl Castro, who announced the results of the Plenary, announced on April 16 that he would not accept a proposal to retain him in “higher positions in the party organization.”

Raúl Castro stated that he would continue “to serve as simply one more revolutionary combatant, ready to make my modest contribution until the end of life.”

With this seamless and historic change, the 8th Congress of the PCC became a milestone in the continuity of the Cuban revolutionary process, and in the affirmation of Cuba’s socialist civic and economic development model.

Featured image: Miguel Díaz-Canel Bermúdez (L), President of the Republic, alongside Army General Raúl Castro Ruz (R), after Díaz-Canel’s election as First Secretary of the Central Committee of the Communist Party of Cuba during the Closing Session of the 8th Congress of the PCC, at the Palacio de Convenciones, in Havana, on April 19, 2021. ACN PHOTO/Ariel LEY ROYERO.