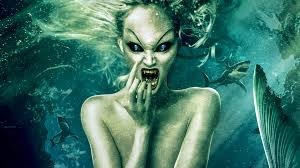 The coordinator of the right-wing political movement “Together, La Venezuela que viene”, Enrique Ochoa Antich, exhorted this Tuesday, December 25, the new directive of the National Assembly ( AN), which will take office on January 5, not to be influenced by the extremism of some sectors of the opposition.

“The AN must resist the siren songs of the mariacorinista extremism that would only lead to more skepticism, more defeat , and therefore more demoralization and more delay in the changes that Venezuela demands, all of which has practically dissolved the opposition as a political actor,” he said.

In a statement to local media, the opposition leader argued that this directive should also propose a definitive deadline for the opening of a public process of dialogue and negotiation with representatives of the National Government to replace the “inconveniently ultra secret conversations that are taking place.”

“The AN must convert into public policy what is now done secretly and appoint a negotiating committee of deputies to build some kind of agreement with the other power in dispute, the Executive, and get us out of this overwhelming game in which we find ourselves,” he stressed.

Machado has been the most outspoken opposition leader heating the debate about the 10th of January when Maduro’s new term starts.