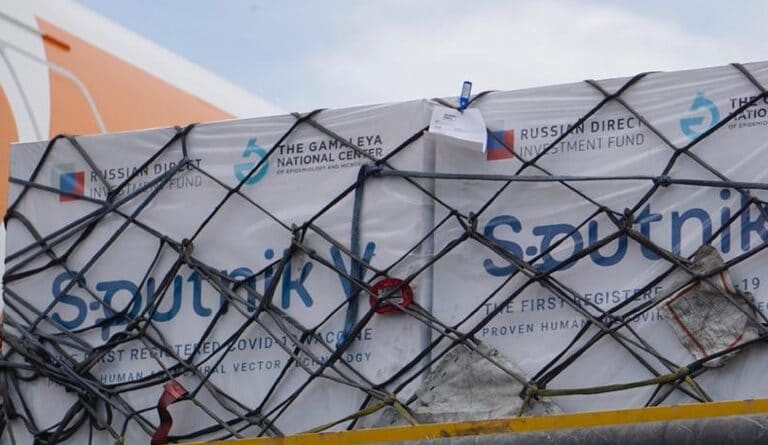 On Thursday, October 21, the Venezuelan Deputy Minister for Resources, Technology, and Regulation, Gerardo Briceño, informed that a total of 822,840 first and second doses of the Russian Sputnik V COVID-19 vaccine arrived in Venezuela.

In statements from the Maiquetía International Airport in La Guaira state, he pointed out that with this shipment, Venezuela has received 3.3 million Russian COVID-19 vaccines for the population.

“In the last month,” explained Briceño, “we have received 2.1 million new Sputnik V doses, and with this shipment we already have 3.3 million vaccines to vaccinate the Venezuelan population.”

He also stressed that this new shipment will serve to achieve the goal set by the government of immunizing 70% of the population by the end of October.

“It has been arduous work together with the Ministry for Health, the other ministries, governments, and above all with international cooperation,” continued Briceño. “There is immense cooperation with the Chinese and Russian vaccines. We already vaccinated 50% of our population, two weeks ago, and we continue to advance to 70% at the end of the month.”

He urged everyone to go to mass vaccination centers and get their doses as a preventive measure against COVID-19.

Recently, the Venezuelan Minister for Industry and Production, Jorge Arreaza, confirmed that more than three million doses of Sputnik-V have been received. It is expected that the goal, which had been set at 10 million doses after the agreement signed in December 2020 with Russia, will be met soon.

For his part, the President of Venezuela, Nicolás Maduro, said that 50% of the population is vaccinated and that he expects that by October 31, seven out of 10 Venezuelans will be immunized.