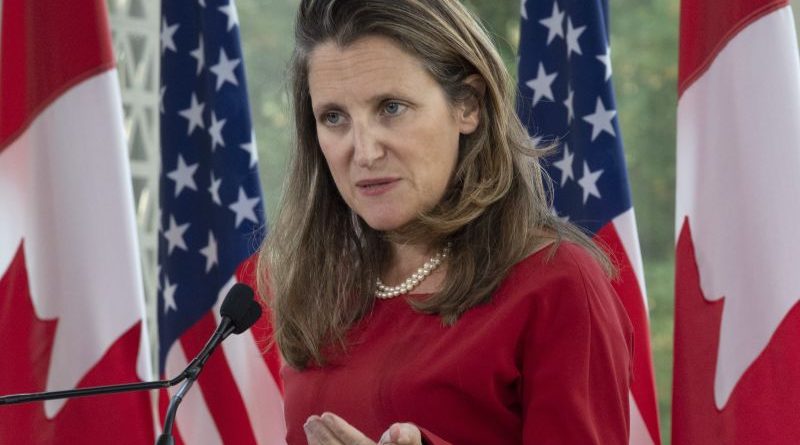 A reading of the news release from the Ministry indicates that there were no tangible results aside from a statement that the two foreign ministers had “different perspectives on the crisis in Venezuela”, having agreed to disagree, and that “senior officials would stay in contact and continue to exchange views”.

If Ottawa’s intention was to break the close Cuba-Venezuela relationship, that is as close to a diplomatic statement of failure as it gets. Cuba on the other hand has been much more explicit about the “different perspectives” in its official Cuban Foreign Ministry website stating, “the Cuban minister reiterated the firm and unchanging solidarity of Cuba with the Constitutional President Nicolás Maduro Moros, the Bolivarian Republic of Venezuela and the civic-military union of its people.” It also added, “he proposed to Canada to contribute to [the] elimination” of U.S. unilateral coercive measures that hurt the Venezuelan people.

This impasse raises more questions than it answers.

This has been the third visit to Havana by Chrystia Freeland this year. This last visit was preceded by a meeting with U.S. Secretary of State Mike Pompeo in Ottawa last August 22. Freeland received Pompeo with lots of praises for him and the wars that Canada has fought alongside the U.S. She also announced the agenda for the meeting, which included the “crisis in Venezuela”.

Few days later Ottawa officially announced that Freeland would travel to Havana to meet with her counterpart, and they would “continue their ongoing discussions on the crisis in Venezuela and the potential for Cuba to play a positive role toward a peaceful resolution.”

Was there any formal request for Cuba’s role? What would that role be? Maybe the role required a predetermined outcome? One that Cuba could not accept?

There is no doubt that Cuba is considered an important actor vis-à-vis Venezuela. The U.S. administration perceives Cuba as key to sustaining the Government of Nicolas Maduro. It is not clear how – maybe politically – given that both countries are under severe U.S. economic and financial blockades.

One additional item has been on the agenda: “the United States’ decision to end the suspension of Title III of the Helms-Burton Act.” The U.S. implemented Title III last May 2. Canada immediately responded that Canadians doing business in Cuba are protected under Canadian law against any extraterritorial U.S. legislation. Therefore, this seems to be an issue that does not concern Canada.

What was the point, then, of “discussing” a U.S. law affecting Cuba?

Is it possible that Freeland was bringing the metaphorical carrot (or stick) on behalf of Pompeo to persuade Cuba to break ranks with Venezuela?

We do not know, but we do know that Ottawa is determined to produce a regime change in Venezuela along side Washington in favor of self-appointed “interim” president Juan Guaido. We also know that Freeland is not one that gives up easily.

Do Ottawa or Washington really believe that Havana will break with Caracas in order to benefit from a relief on the U.S. blockade? Unlikely. Cuba has a 60-year-old track record of unbroken resistance.

Given the long-standing diplomatic relationship between Canada and Cuba, Ottawa may have limited capability to put any pressure on Havana without jeopardizing the relationship. But it is still possible to send signals of disapproval. A series of events could be construed as such.

Last January the Canadian government cut back half of its Havana embassy staff claiming health concerns resulting from unproven “sonic attacks”. Later on May 8, following the first visit to Cuba by Freeland in March, Ottawa announced major reduction of consular services in Havana that severely affected Cubans applying for those services. On May 16 Freeland traveled to Cubaagain. Then in June, Cuban Bruno Rodriguez visited Ottawa and in late July some consular services are re-established in Havana.

Are the links between these events coincidental, or do they reflect some message in a diplomatic language?

The intensity of the exchanges between Canada and Cuba this year has been quite high. This intensity is only consistent with a high degree of negotiations on important issues, Venezuela being the obvious one. But given the balance of forces between Canada and Cuba we can only assume that Cuba is being pressured to make some significant concession. There is no expectation that Chrystia Freeland will grasp the parallel that Cuba-Venezuela relationship is just as important to the two countries as her professed Canada-U.S. relationship.

At first reading, Chrystia Freeland trip to Havana to “talk” Venezuela accomplished nothing of relevance if the intention was to pull Cuba away from Venezuela. How will the Canadian government react to this diplomatic failure?

Featured image: Canadian Minister of Foreign Affairs Chrystia Freeland has just concluded a working visit to Cuba on August 28 intended to discuss the “crisis in Venezuela” with her Cuban counterpart Bruno Rodriguez.