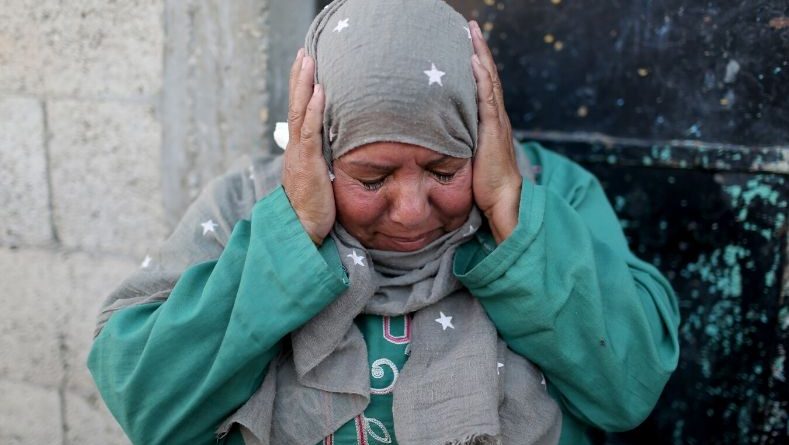 As Israel pounds Gaza for a second day in the most violent assault in months, Palestinians mourn the death of 32 people, including a seven-year-old boy and two other minors, the Gaza Health Ministry said.

This comes as Israeli forces killed top Islamic Jihad Commander Bahaa Abu al-Ata and his wife on Nov. 12 in an air raid on his home in Gaza City.

In response, rockets were launched from Palestinian groups from Gaza Strip into Israel, which unleashed a new wave of violence against the besieged territory. After the rocket barrage, dozens of airstrikes were launched killing dozens as of Thursday and injuring more than 80 people.

Featured image: A Palestinian woman reacts as she sits outside her home in the southern Gaza Strip November 12, 2019. Photo:Reuters