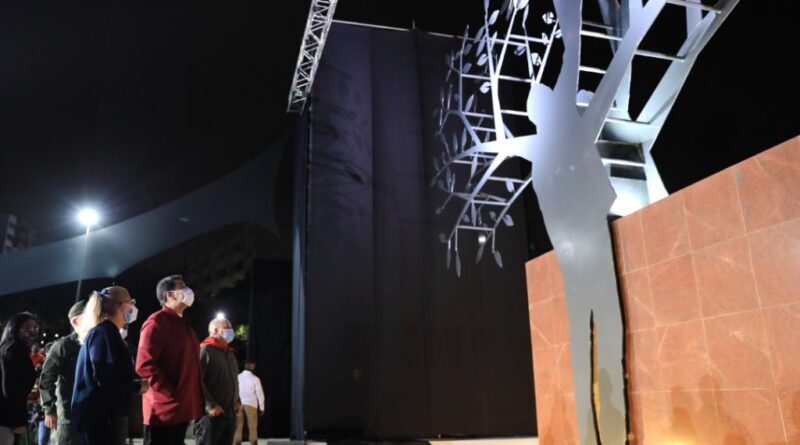 The President of Venezuela, Nicolás Maduro, asserted earlier today that the rebellion of February 4, 1992, known in Venezuela as 4F/1992, led by Commander Hugo Chávez, represented an outcry against the colonization that the neoliberal government of Carlos Andrés Pérez intended to impose on the country.

The comments were made as part of President Maduro’s address during commemorative events for the 30th anniversary of 4F. The head of state hosted the inauguration of the Plaza de la Rebelión Anti-imperialista [Anti-Imperialist Rebellion Square], located in the environs of the San Carlos barracks, in Caracas, where the leaders of the insurgency were imprisoned.

In his speech, President Maduro stressed that on February 4, 1992, Venezuela experienced “the greatest political and spiritual upheaval that has been known since the time of independence.”

It was not a coup d’état, said President Maduro, “because it was not organized by imperialism or the oligarchies,” nor did it intend to establish “a military mafia,” but rather represented a “cry of rebellion against the attempt to colonize Venezuela through the International Monetary Fund (IMF).”

“It was the people of Venezuela who rose up in the streets for the first time in Latin America, against the attempt to submit to the rulings of the International Monetary Fund,” said the president.

“It was a great revolutionary cry, to say ‘enough is enough,’ to say ‘Venezuela needs a new path, a new independence, a new democracy,'” President Maduro emphasized.

The president stressed that 4F also helped to create a space for revolutionary advance, after the fall of the Soviet Union and the crisis of the global left, adding that Bolivarians are rooted in a “powerful, grounded movement that gives us strength to face battles for justice in the future.”

“At that time the left was very divided and divorced from the needs of the people… Chavez managed to gather all the revolutionary ideas into one, and turned them into a movement,” President Maduro said.

Make history
The head of state noted that 30 years after the rebellion, the Bolivarian movement continues “to make history in the 21st century.”

“That early morning of February 4, 1992, Venezuela not only felt the tremor of a sold-out, corrupted regime… but also saw the greatest resurrection of the ideal that has been born on this earth,” he added.

For this reason, Maduro confirmed that he has never doubted the people and the loyalty of the political, social and military leadership of Venezuela: “We have given great battles and great victories.”

In this sense, the head of state said that steps have been taken for the recovery of the country, especially in the economic aspect, after mentioning that last year Venezuela had its first year of real growth since 2015, estimated at more than 4%.

Anti-imperialist Square
The newly inaugurated square includes a Monument to the Three Roots of the Bolivarian Revolutionary Movement-200, the underground political association founded within the Venezuelan military by Hugo Chávez.

According to the organization’s founding ideals, the three roots of the Bolivarian Revolution were “The Liberator” Simón Bolívar, Simón Rodríguez, also known as Samuel Robinson, and General Ezequiel Zamora.

The head of state worked alongside the mayor of Caracas, Carmen Meléndez, to build a historical route “to show the footprints that the country has walked in for 500 years, to show the world where we come from.”