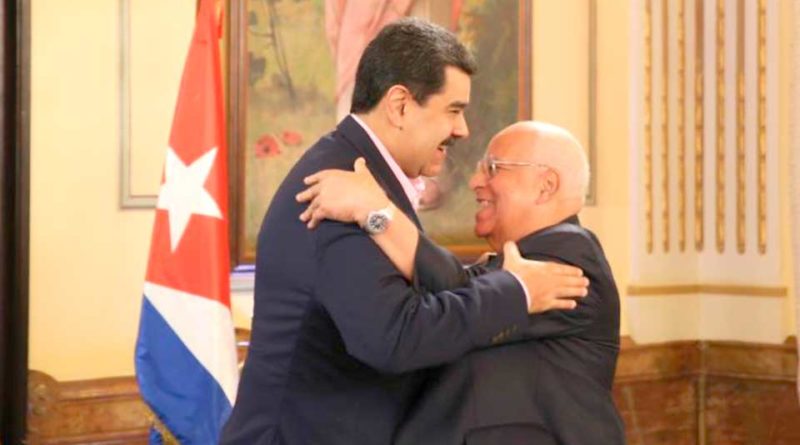 CARACAS.— The President of the Bolivarian Republic of Venezuela, Nicolás Maduro Moros, described relations between Cuba and Venezuela as indestructible, with “deep moral roots, sustained by humanism, solidarity, values, principles and complementarity between our two peoples and governments,” while recalling the historical ties of brotherhood and the Bolivarian passion for Cuban and Puerto Rican independence.

During the closure of the 20th Session of the Cuba-Venezuela Intergovernmental Commission, meeting in Caracas January 19-20, he stated, “Bolivar always included Cuba in his projects,” and called José Martí “America’s greatest Bolivarian in the 19th century.”

The President sent messages to Army General Raul Castro Ruz, first secretary of the Communist Party of Cuba Central Committee, President Miguel Diaz-Canel Bermudez, and the Cuban people thanking them for their support in government programs serving the most vulnerable, and referring to Cuba stated, “Count on Venezuela for everything, today and always!”

He praised the Miracle Mission, designed by Fidel and Chávez, which has restored the vision of more than six million Latin Americans and Caribbeans; and the achievements of Venezuelan educational missions bearing the names of Rivas, Sucre and Robinson.

After the Commission’s closing session, President Maduro received Cuban Deputy Prime Minister Ricardo Cabrisas, with whom he discussed the excellent state of fraternal relations shared by the Republic of Cuba and the Bolivarian Republic of Venezuela.

Participants at the Commission meeting approved a final report on work done by this important body charged with coordinating economic relations and cooperation between the two countries.