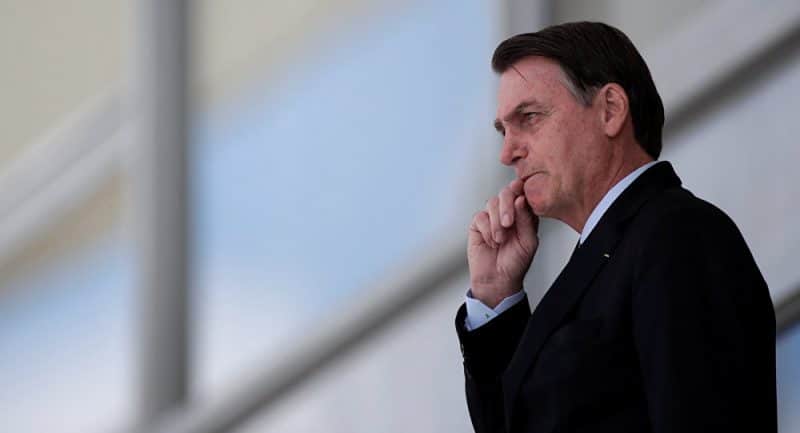 “Maduro does not decide anything, who decides are his 2000 generals, drug traffickers, approximately 60,000 Cubans, their militias, Hezbollah, and terrorist groups that act in Colombia and return to this side (sic),” the Brazilian leader said in an interview with the Chain Band.

“The strength of the Venezuelan dictatorship lies in Maduro’s weakness,” he added.
When asked about the role of China and Russia in the Venezuelan crisis, Bolsonaro said that Russia influences “more” than China and that China is more focused on trade issues.

A political analyst consulted by OT stressed that “Bolsonaro as well as most of the main stream media keep not seeing the massive popular support for Maduro and the strength and resistance of Chavismo which is ready and preparing to endure the hardest scenarios”.

The Brazilian president remarked that the Armed Forces of his country have “no interest in getting involved in an intervention” in Venezuela and that his government will opt until the end, through diplomatic channels, to remove Maduro from power.

However, he recalled that in his recent meeting with US President Donald Trump he made it clear that all options are on the table.

On January 5, the opposition deputy Juan Guaidó was elected president of the National Assembly of Venezuela, unicameral parliament in contempt since 2016.
Then, on January 23, two days after the Supreme Court annulled his appointment, Guaidó proclaimed himself “president in charge” of Venezuela after appealing a constitutional article that provides that position.

President Maduro, who assumed his second term on January 10 after elections that the opposition describes as fraudulent, called Guaidó’s declaration of coup attempt and blamed the United States for having orchestrated it.

Guaidó was immediately recognized by the United States and Colombia, to which some 50 countries joined, while Russia, China, Cuba, Bolivia, South Africa, Iran and Turkey, among others, maintain support for the Maduro Government.

Mexico and Uruguay, for their part, refuse to recognize Guaidó, declare themselves neutral and propose a dialogue between the parties to overcome the crisis.