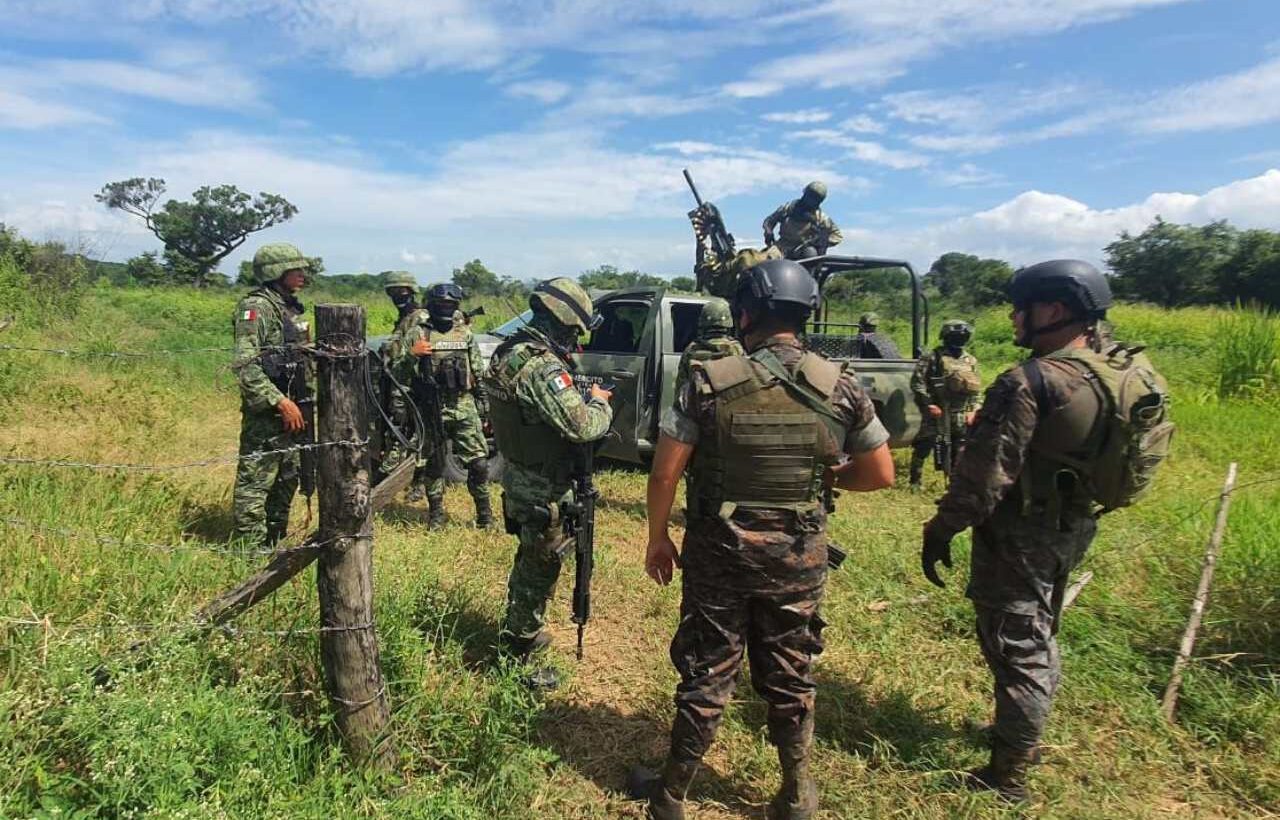 Mexican soldiers at the Mexico-Guatemala border, on the search and capture operation of those involved in a shootout against a military checkpoint set up for the visit of Guatemalan President Giammattei in the border province of Huehuetenango, July 30, 2022. Photo: Guatemalan Army.

The president of Guatemala, Alejandro Giammattei, was reportedly unharmed after shots were fired at his entourage this Saturday, July 30, when he was traveling through a village in the northwestern department of Huehuetenango, bordering Mexico.

“Some people were wounded but President Alejandro Giammattei is unharmed and safe,” it added.

However, the Guatemalan military discarded this version of the events. Military spokespersons reported that on the occasion of the president’s tour, a safety operation was carried out on a highway in La Laguna. When a vehicle had been stopped by the army personnel, the passengers, all of them heavily armed, opened fire on the security forces and an exchange of fire began.

RELATED CONTENT: Guatemala will not Attend Summit of the Americas—US Diplomatic Fiasco in the Making

In the incident, a man presumably of Mexican origin, named Josué López Velásquez, was injured. Some sources reported that the injured man is a member of the infamous Jalisco New Generation Cartel of Mexico.

The Guatemalan Army reported that after the shootout, the vehicle fled towards the Mexican border, leaving the wounded man and a rifle grenade abandoned on the Huehuetenango highway. “We coordinated with Mexico, and Mexican authorities captured four other men, possibly of Guatemalan origin, in Mexican territory,” the army statement added.

RELATED CONTENT: The Siege of El Estor: Resistance to the Continuation of an Extractive and Repressive Neoliberal Status Quo in Guatemala

Giammattei traveled by helicopter to Huehuetenango on a work tour to promote the products made by the inhabitants of La Laguna, so that the goods can be marketed.

A delegation of journalists from the Guatemalan News Agency (GN) that covered the president’s tour in La Laguna told the EFE news agency that they are fine and that they are returning to the capital from the highway, and that they did not know about the shooting incident.

“We are doing well and we went to the first activity,” reported journalist Brenda Larios, a member of the delegation.

“We are promoting local products of Huehuetenango, to support the small producers,” said President Giammattei.

The Guatemalan military declared that it will continue to carry out joint operations with the armed forces of Mexico in the Guatemala-Mexico border region, to control drug trafficking activities.