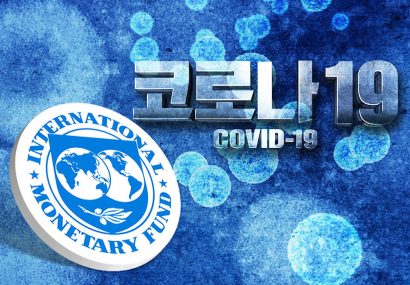 With the same alleged source and even with identical verbatim phrases, the major news agencies announced yesterday (Tuesday 17) that the International Monetary Fund has rejected Venezuela’s request for an emergency loan for 5 billion dollars to strengthen its health system and fight Covid-19 outbreak. It appears to be an action to save the United States the “collateral damage” of blocking the legitimate Venezuelan request.

Agencies like AP (from the US), AFP (France), EFE (Spain) and the specialist in markets Bloomberg (also from the US), announced emphatically -without any space for doubts-that the Fund had rejected the request presented on Tuesday, arguing that among the members there was no consensus regarding the recognition of the government in the South American nation, according to the monitoring that the Venezuelan news outlet “La Tabla” has been doing since last night.

“Unfortunately, the Fund is not in a position to consider this request. As we mentioned before, the IMF’s commitment to member countries is based on official government recognition by the international community, as reflected in IMF membership,” the spokesperson said in a statement. “There is no clarity about the recognition at this time,” the AP published in a note (the first of the narrative trend) signed by its former correspondent in Caracas, Joshua Goodman.

For its part, AFP (one of the most cited, including by the Russian platform RT), indicated that “the multilateral institution based in Washington rejected the request for financing from Venezuelan President Nicolás Maduro, disclosed earlier on Tuesday, invoking the controversy surrounding the authority of the president.”

In all the reports distributed by the four agencies cited, the information is attributed to a spokesperson or official spokesperson who is never identified, without specifying the reasons for not doing so.

But also, a reference is made to a statement that would have been received by the AP newsrooms.

Even AP’s Goodman refers in a tweet to the IMF news profile, @IMFNews, where the statement is allegedly posted. However, the data is false and until today at noon, there has been no document on the microblogging platform.

In addition, a constant review of the IMF website, http://imf.org, confirms that there is no information regarding the request placed by the Venezuelan government.

The point is that if the information is real, the spokesman’s absolute opacity does not appear to be consistent, which also makes it much more suspicious in the absence of a public statement. This is the norm and this is how the IMF manages it according to the structure of its web site, where you can explore all the information addressed to the media in its “newsroom” or “press room” section. The most recent reference to Venezuela dates from the month of November 2019.

As if it were not strange enough, it is striking that the British agency Reuters (also specialized in economics and finance) has not echoed the alleged IMF decision.

A review of its website confirms this, and it does not appear that it was the result of a collective “prime news” from the competition, but rather due to a deliberate decision by the agency’s head that does not consider the alleged spokesperson reliable.

Although the rejection of the member countries who recognize the fictitious “government” of Juan Guaidó (like the US) of Nicolás Maduro’s request was foreseeable, it is illogical to consider as credible that in a matter of hours the executive board or any other body has considered the point and made a decision. Without a doubt, considering also that there are measures such as the veto, the decision will be to discard the request, but it is completely improbable that this has formally occurred.

In an interpretative line, the development of the version of the rejection in the media aims to save the US the political cost of opposing the Venezuelan request (covered by the offer of the Fund authorities on March 4). Likewise, when giving it as a fact, the [Fund] directors will be forced to confirm it without debate and with very low public exposure. They are betting to get the issue off the agenda through a news avalanche.

However the fact is that Venezuela has already earned the right to demand a response.