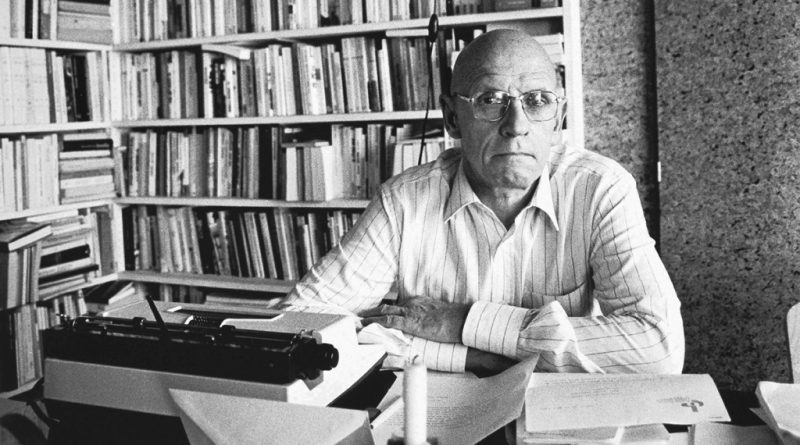 Contagious disease, quarantine (1): the use of this biological language to refer to the situation in Venezuela is not accidental. It is not about simple metaphors.

Venezuela is actually a scenario of biopolitical experimentation. As this is worked out by Michel Foucault, the concept of biopolitics refers to the process of mutation of the “general economy of power” that takes place in the societies of Western Europe in the eighteenth century, which will then be fundamentally governed through “security” technologies or mechanisms.

Foucault dedicated a good part of his intellectual work to unraveling the functioning of these security mechanisms, which would be at the origin of what we know today as neoliberalism. The theoretical and political implications of his analysis, which stand out for their boldness and rigor, are more than obvious: they offer us invaluable tools to understand the present, and their study should not be in any way limited to academic circles with little or no militant vocation.

To describe in general terms this process of mutation of the general economy of power, Foucault appeals to the historical examples of leprosy, plague and smallpox, among others more linked to the economy, the city, etc. I take as a starting point the lecture in its course at the College de France from 1977-1978, first published in 2004 (in 2006 in Spanish) in a book entitled “Security, territory and population”.

For Foucault, in the case of lepers in the European Middle Ages, the fundamental thing is exclusion: “It is an exclusion that was essentially done, although there were also other aspects, through a legal … set of laws and regulations, a religious set, also, of rituals, which in any case introduced a binary partition between those who were lepers and those who were not ”(2).

Then there is the plague, in the 16th and 17th centuries. In that case, it is no longer about excluding the stricken, but about quarantining them: “The objective of these plague regulations is to literally grid the regions, the cities within which the stricken are, with rules that indicate to the people when to go out, how, at what time, what they should do at home, what kind of food they should eat, forbid this or that kind of contact, force them to appear before inspectors, to let them enter their homes ”(3 ). This establishes a system that Foucault identifies as disciplinary.

Finally, smallpox, already in the eighteenth century. Inoculation practices begin to be used. “The problem is posed in a very different way: it is not so much to impose a discipline, even if the help of it is requested; The fundamental problem will be to know how many people are victims of smallpox, at what age, with what effects, what mortality, what injuries or sequelae, what risks they run when inoculated, what is the probability that an individual dies or becomes infected the disease despite inoculation, what are the statistical effects on the general population; in short, a problem that is no longer that of exclusion, as in the case of leprosy, which is no longer that of quarantine, as in the plague, but instead will be a problem of epidemics and medical campaigns whose conduct attempts to eradicate the phenomena, whether epidemic or endemic.

The predominance of these security mechanisms, Foucault explains, does not imply the disappearance of legal or disciplinary mechanisms. Rather, this security technology “makes its own and puts legal elements and disciplinary elements into operation within its own tactic” (5).

The emergence not only of the notion, but of the reality of the population is key in the analysis deployed by Foucault: it is “object and subject at the same time of these security mechanisms” (7). The population understood as “a multiplicity of individuals who are and only exist deep, essential, biologically linked to the materiality within which they exist” (8).

1) “Discipline is essentially centripetal. I mean it works by isolating a space, determining a segment. Discipline concentrates, centers, encloses. Its first gesture, in fact, lies in circumscribing a space within which its power and its mechanisms will act fully and without limits.” On the contrary, “safety devices… have a constant tendency to expand: they are centrifugal. New elements are constantly integrated … It is therefore about organizing or, in any case, allowing the development of ever larger circuits”;

2) “discipline regulates everything. It allows no escape. Not only does it not allow it, but its principle says that not even the smallest things should be freed in themselves … The security device, on the contrary … does allow (escape). It does not allow everything, of course, but there is a level at which permissiveness is indispensable … The essential function of discipline is to impede everything, even in particular the detail. The security function is to rely on the details, not valued in themselves as good or bad and taken instead as necessary and inevitable processes ”;

3) both discipline and the systems of legality “distribute all things according to a code that is that of what is allowed and what is prohibited … In the security device … it is precisely not to adopt the point of view of what is prevented nor the point of view of what is obligatory, and instead take enough distance to be able to capture the point where things are going to occur, whether desirable or undesirable … In other words, the law prohibits, prescribed discipline and safety, without prohibiting or prescribing, and although eventually there are some instruments linked to interdiction and prescription, it has the essential function of responding to a reality in such a way that the response annuls it: cancels it, limits it, slows it or regulates it. This regulation in the element of reality is, I think,

Working hypothesis: even when Chavismo has been conceived and treated customarily as the plague, and even as leprosy, sometimes literally, the tactics associated with each of these figures end up being subsumed by the logic of a security device.

This has become increasingly evident to the extent that, as a result of the political and economic siege that weighs on the Venezuelan population, working hard on the weak points of the Bolivarian revolution, namely, the errors of its political conduct, the vulnerability of its economy, unresolved social conflicts, etc., the de facto neoliberalization process of society is accentuated.

Unilateral coercive measures, the so-called “sanctions” imposed by the Obama and Trump administrations, are strategically oriented to make any form of sociability other than the neo-liberal one unfeasible.

*The official spokesperson of the Venezuelan government has insisted, correctly, to denounce the fallacy that it is coercive measures directed against individuals or “persons”, as this term is defined in executive order 13692, of March 8, 2015, subscribed by Barack Obama (10), and makes a sustained effort to demonstrate the serious effects that they cause to the entire population.

However, it should be noted that such unilateral coercive measures target not only the Venezuelan population, but the global population, and especially the population of Latin American and Caribbean countries. This is particularly evident in the case of the massive migration of Venezuelan men and women, mainly economic migrants, which was accentuated as of 2016.

While it would be incorrect to state that the mass exodus of Venezuelans, mainly to South American countries, is due exclusively to the unilateral coercive measures imposed by the United States, it is impossible to deny the profound social impact of measures aimed not only at obstructing the functioning of the national economy, with emphasis on its oil industry, but to deliberately hinder access to food and medicine (11).

It is, in effect, punitive measures that inflict a “punishment” on the Venezuelan population, and eventually on their government. But their political efficacy is more related to the fact that they allow the global population to be vaccinated, and especially those in the American “backyard”, against Chavez disease.

In this sense, the exodus of Venezuelans serves as a political inoculation of the Latin American and Caribbean population, certainly infecting it, to a degree causing in it what is the Chavista disease itself, but in conditions that would have to produce the cancellation of the disease.

It is because of this logic of the security mechanisms that Julio Borges refers to Venezuela as an infectious “focus”, as “the focus of all that social degradation means”, as “contagious disease”, and Venezuelan migration as a human contingent that spreads disease or “social degradation” (12).

The dominant interpretation of the massive Venezuelan migration responds to the logic of this security device, although the elites of the receiving countries, and therefore victims of this disease from which they have been infected, encourage measures that respond to the logic of the legality or disciplinary systems. But if these elites trigger, for example, xenophobia, or tighten immigration controls, these tactics are almost always functional, on the one hand, to the control of their own populations, and especially to the strategic orientation of the security device: the predominance of neoliberalism.

If it were true that the systematic stigmatization campaign of the Bolivarian revolution in Latin American and Caribbean countries, which was becoming more intense in the electoral short term, was a subject of suspicion for popular classes rather likely to identify with the Venezuelan democratic experiment, the migrant Venezuelan would be the finding that such an experiment failed, and therefore is far from representing an alternative. In fact, Venezuela would have become the example of everything to avoid.

The Chavista plague is more precisely Chavista smallpox. Punitive measures against the Venezuelan population, including the total blockade or “quarantine” recommended by Borges in April 2017 and presented as a possibility by Trump in April 2019, contribute to spreading the disease throughout the continent. Rather than contain it, as was done with the plague, it is allowed to pass, with the purpose of canceling it.

According to this logic of the security device, if thousands die and a few million suffer, this is neither good nor bad, but inevitable. William Brownfield, former US ambassador to Venezuela, said in October 2018, referring to the “sanctions” against the national oil industry: “At this time perhaps the best resolution would be to accelerate the collapse, even if it produces a period of greater suffering for a period of months or maybe years.” All this so as to reduce the Chavista disease to its minimum expression.
********

(10) Executive Order 13692 of March 8, 2015. Blocking Property and Suspending Entry of Certain Persons Contributing to the Situation in Venezuela .

(11) Ministry of Popular Power for Communication and Information. Chronology of economic measures of financial and commercial blockade (2014 – 2019) . MinCI editions. Caracas, Bolivarian Republic of Venezuela. August 2019. You may also consult this other document: Sanctions and blocking. Crime against humanity against Venezuela .