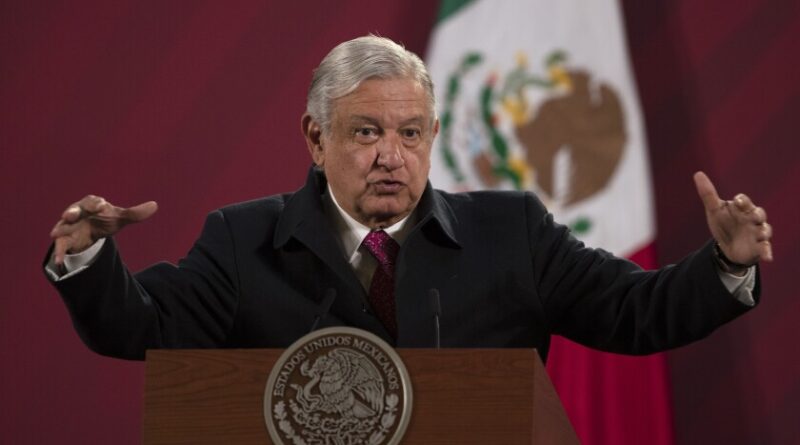 On April 11, Mexico’s National Electoral Institute (INE) made public the official result of the recall referendum held on April 10. The numbers were transparent and showed the strong support that President Andrés Manuel López Obrador (AMLO) has after almost four years of his mandate. However, the statistics by themselves do not say much and it is necessary to look at what is going on behind it.

The readings going on about the referendum’s results have been directly connected to the political perspective of analysts and journalists. Those who support AMLO are focused on the victory even when the result is not binding due to a low voter turnout. Meanwhile, the opposition has been arguing that the low level of participation reflects decreasing support for AMLO. Both arguments don’t stand on an objective analysis of the events.

The position that a low voter turnout means a lack of support for the president is not only inaccurate but a lie. We need to look first at the context and see why people did not go to vote, before concluding anything.

This recall referendum caused some significant clashes between the executive branch, the Parliament, and the INE. The electoral body said there was not enough money to organize and run the referendum. The government interpreted it as a politically motivated attempt to obstruct a democratic exercise. It all ended after the Supreme Court favored AMLO’s position to proceed despite these budgetary issues. Then, the INE only installed one-third of the polling stations that had been installed during the 2018 presidential elections. It made it impossible for millions of people to cast their ballots.

On the other hand, the referendum was the third voting event in the last year after the midterm federal elections, and the public consultation to prosecute former presidents under charges of corruption and human rights violations. In other words, the “polls fatigue” had set in. So in the context of abstentionism with all this demobilizing background, 18% participation was very foreseeable.

On top of this, some polls showed that 52% percent of the population saw the referendum as unnecessary. This stat impacts a high voter turnout while suggesting another question: why do people think it was unnecessary? Perhaps they do not trust the system, or they just do not see the result would change anything.

The first option is too weak since AMLO is forced by law to accept the results. He even got to say he will do so, whether the referendum reached the necessary participation level or not. The second answer seems more likely. People did not want to change the president because they were good with him, and voting or not wasn’t going to change that reality. That’s why some people think that many of those who didn’t vote are AMLO supporters who didn’t feel motivated to oust him.

To make this more evident, just think for a moment about what would happen if the US people, Colombians, or Brazilians could vote in a recall referendum. Wouldn’t they go to vote? Or imagine if former Mexican Presidents Felipe Calderón or Enrique Peña Nieto had done something similar in their fourth year of government (letting aside that AMLO is dealing with COVID-19 too). It is highly likely these two unpopular figures would have brought out the masses to get them out.

Beyond the dilemma of voter turnout, let’s get more insights from the results. Despite only 17.7% of the electoral roll voting, AMLO was backed by 91.85% of voters, meaning 15.1 million people. Meanwhile, only 1.06 million people wanted him out.

The opposition has shown these figures as proof that AMLO’s electoral base is shrinking compared with the 2018 presidential election. According to them, AMLO lost over 50% of support in four years, which does not match the reality on the ground. They intentionally ignored that presidential elections are a unique event, with context and obstacles widely differing from the one that the recall referendum faced. It is all manipulated to feed and back a defeatist political discourse. However, if we compare the referendum to the people’s consultation, which took place some month ago, one can note that AMLO gained around 9 million votes.

Beyond the objective facts mentioned in the first part of this article, 15 million people might be few for AMLO standards, but the opposition dreams of those figures. Felipe Calderón won the 2006 presidential elections with less than that, while the second and the third candidates in the 2018 presidential elections did not get to that number. Nevertheless, only 15 million were enough to beat the surveys, which claimed that he would get little more than 50% of support.

After all this, the referendum ratifies that AMLO is still counting on a large sector of the Mexican people. Otherwise, it is not understandable why the opposition was so reluctant towards the referendum. It is naïve to think they would have refrained from taking advantage of such an opportunity. Why did they decide to campaign against it instead of benefitting from it? Because they realized that AMLO has tremendous support, regardless of all the speeches they have made until today. They tried take cover by saying, “a timely retreat is also a victory.”

The referendum set a precedent because it is the first event of its kind in the country’s history. Previous examples, like Venezuela (2004) and Bolivia (2008), showed how people get more educated and more aware of their rights, which is the only way to protect democracy from personal, economic, and patrician interests. Therefore, beyond ideological or political approaches, the recall referendum was the first step to strengthening the exercise of democracy in Mexico. It is a significant achievement and the reason why AMLO feels he definitely won another battle against the opposition.