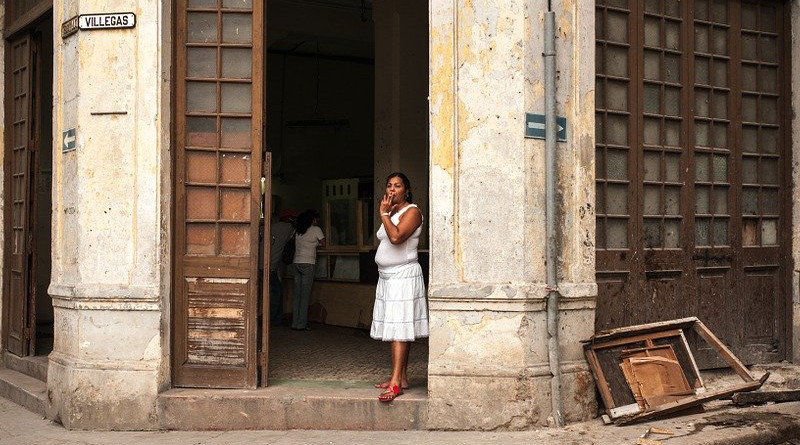 Since June 11, 2021, protests have been taking place in Cuba. USA’s imperialist Mafiosos have laid their vulturine eyes on these events, sensationalizing the demonstrations as evidences of the Cuban people’s disillusionment with their revolutionary government. Jake Sullivan, the US national security advisor, was quick to pose as a full-blown freedom fighter, saying: “The U.S. supports freedom of expression and assembly across Cuba, and would strongly condemn any violence or targeting of peaceful protesters who are exercising their universal rights.”

The reply of Bruno Rodríguez Parrilla, Minister of Foreign Affairs of Cuba, was stinging: “The White House National Security Advisor has no political or moral authority to speak about Cuba. His government has allocated hundreds of millions of dollars to promote subversion in our country and implements a genocidal blockade, which is the main cause of economic scarcities.” Indeed, National Endowment for Democracy (NED) allocated about $7.94 million to promote Cuban counterrevolution between 2006 and 2010. Since 2017, the United States Agency for International Development (USAID) has spent $16,569,889 for the same purpose. That is why President of Cuba Miguel Diaz Canal dubbed both these entities as “perverse monstrosities that assiduously strive to attack Cuba”.

The material basis for these propaganda crusades is supplied by the American blockade against Cuba which purposefully undermines the Communist Party’s efforts to sustain the country’s people-centered economy. USA’s economic warfare has cost the Cuban economy the equivalent of $144 billion over the past decades. Between the 1960s and the 1990s, Cuba’s socialist engine was oxygenated through Soviet aid. With the fall of the USSR, the embargo tightened – the US government passed a series of laws to punish anyone who would dare to trade with Cuba.

RELATED CONTENT: Cuba Calls for Defense of the Revolution and an End to the Blockade

For Washington, the emergency situation occasioned by the Covid-19 pandemic has meant little for the hybrid war against Cuba. Suffocating sanctions have intensified, cheered on by the Miami-based opposition. Cuba’s access to food and fuel has once again been impeded and export earnings have reduced. Measures to tackle the pandemic have required supplementary resources in the context of declining revenues from tourism with the closure of borders. Cuba’s GDP fell by 11% in 2020 – nearly one-third of the total fall the island experienced during the “Special Period” between 1990 and 1993, following the collapse of the Soviet bloc.

Shortages have worsened. Helen Yaffe writes: “goods shortages on the island have made long, exhausting queues part of life’s daily grind, with Cubans rising at 4am to get in line. Poor agricultural production and the pandemic have exacerbated scarcity…Hard currency receipts were just 55 per cent of planned receipts in 2020, while imports fell 30 per cent compared to 2019. Cuba needs hard currency to purchase on the international market; over half the food, fuel, medicines and other vital resources consumed on the island are imported, hence the unfilled shelves and long queues.”

Yankee gangsters seek to provoke social instability and civil strife, encourage frustrations, and take advantage of the difficult circumstances of a country that has had to wage a difficult battle against the COVID-19 pandemic amidst financial strangulation and the stagnation of its main source of income, tourism. As Raul Castro expressed in a speech before the Cuban Parliament on April 19, 2018: “one of the permanent commitments of the enemies of the Revolution is to penetrate, confuse, divide and alienate our combative youth from the ideals, history, culture and revolutionary work, to sow individualism, greed, the commodification of feelings and to induce the new generations to pessimism, to detachment towards ethics and humanist values, solidarity and sense of duty”.

In December 2020, Canal elaborated on how the American empire’s imperialist campaigns are destabilizing the Latin American country:

“We have seen projected in real time the old and the new plans of U.S. special services against the Revolution, the product of NED and USAID leadership training courses, including the attention they hypocritically claim to display for the problems that affect and irritate the population, the majority caused by the cruel blockade imposed by the same government that exacerbates them with the goal of fostering discontent, but also by vacuums and errors in our institutions in terms of their indispensable links with those involved in related activities. This is a disgraceful war, that disregards ethics and principles, and under the umbrella of prizes and other perks, via supposed NGOs and agencies dependent on foreign governments, finances groups and actions meant to vilify and weaken the state.”

Despite neo-colonial asphyxiation, the Cuban Revolution continues to survive. The liberatory project embodied in it cannot be extinguished easily. During the closing of the 7th Party Congress, Fidel Castro had declared: “the ideas of the Cuban communists will remain as proof that on this planet, working with fervor and dignity, can produce the material and cultural wealth that humans need, and we must fight relentlessly to obtain these. To our brothers in Latin America and the world we must convey that the Cuban people will overcome.”