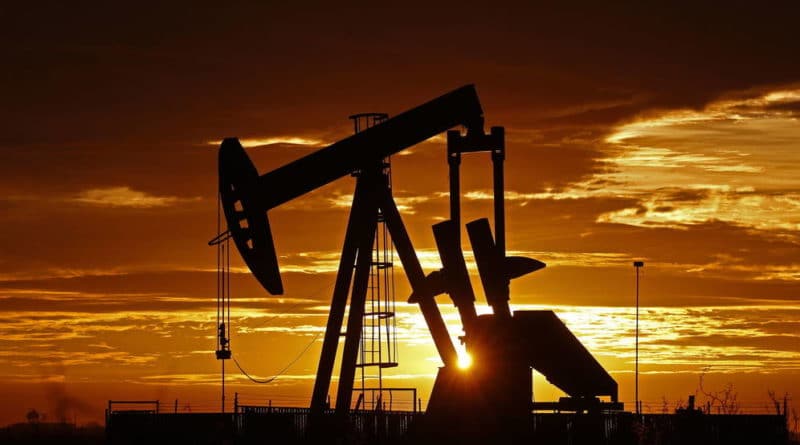 The Organization of the Petroleum Producing Countries (OPEC), Russia and other oil producers have reached an agreement to reduce their oil supply by 10 million barrels per day (23%) to sustain oil prices in the face of the crisis caused due to the Covid-19 coronavirus pandemic. The countries had asked Mexico to reduce 400,000 barrels a day, something that the nation considers excessive; finally, this Friday an agreement was reached according to which Mexico decreased its production by 100,000 barrels and the US agreed to lower an additional 250,000 barrels in favor of Mexico.

This Thursday, after an eleven-hour virtual meeting, OPEC + ministers did not reach a pact to reduce oil production by 10 million barrels per day to sustain oil prices, affected by the coronavirus pandemic, as they did not reach a consensus precisely with Mexico. This nation is not a member of OPEC, but it is part of the alliance of independent producers known as OPEC +.

The Latin American country limited itself to offering a decrease of 100,000 barrels of oil per day. “From 1,781 million barrels of production per day that we reported in March 2020, we will decrease to 1,681 million,” said the head of Mexico’s energy policy, Rocío Nahle on her Twitter account.

Given this, in the OPEC + statement, cited by the TASS agency , it states that “the agreement reached depends on the consent of Mexico to accept the conditions specified in the annex.”

However, after announcing the agreement with the US, in his morning press conference, López Obrador (AMLO) said that “Mexico is going to help stabilize the prices that have plummeted in recent days.”

Why the Mexican reluctance?
The leftist president argued last Thursday at the meeting with OPEC + that he could not reduce his crude production by 23%, like Saudi Arabia and Russia, because the production of those countries is about 12 million barrels per day, while Mexico produces approximately between one million and 650,000 barrels per day.

That 23% that the Latin American country was asked to reduce from its daily production corresponded to some 400,000 barrels of oil per day. After the agreement with the US, the Mexican proposal remains at 350,000 .

He further stated that during previous presidential efforts, oil policy was “a resounding failure.” “Here, we have talked about how for 14 consecutive years they dropped oil production in the country.”

During his speech, he recalled that “for a long time” crude oil was not exported because from the nationalization of the oil industry in 1938 until the 1970s, hydrocarbon was used to produce fuel. “We became very strong, self-sufficient, Mexico was an example in petrochemical production,” he said. In his opinion, after the imposition of the “neoliberal model, the plants were abandoned and not a single new refinery has been built in the last 40 years.”

What does the agreement foresee?
According to the OPEC + draft agreement, to which the TASS agency had access, member countries would reduce production by 10 million barrels per day: from 43.8 million to 33.8 million.

The pact will end the price war between the two oil giants that, unleashed a month ago, has exacerbated the crisis caused by the destruction of energy demand caused by the spread of the coronavirus.

The agreement is a commitment to keep supplies limited for two years, with a phased plan: the 10 mbd reduction would take effect in May and June, it would drop to 8 mbd between July and December, and to 6 mbd between January 2021 and April 2022.

Venezuela, Iran and Libya, partners of the OPEC, remain exonerated from the commitment to limit their extraction due to the involuntary fall in their oil activity caused by various causes, such as economic crises, US sanctions and armed conflicts. For the remaining twenty countries of the OPEC + alliance, the pumping that would take effect on May 1 is 23% of the level they had in October 2018. This is by far the largest reduction of oil supplies in the 70-year history of the OPEC, since none of the previous ones reached more than 2 mbd.

The group has also urged other producing countries to contribute to the stabilization of the market. “OPEC + member countries will meet on June 10 through a web conference to determine other actions to stabilize the market,” the statement said.