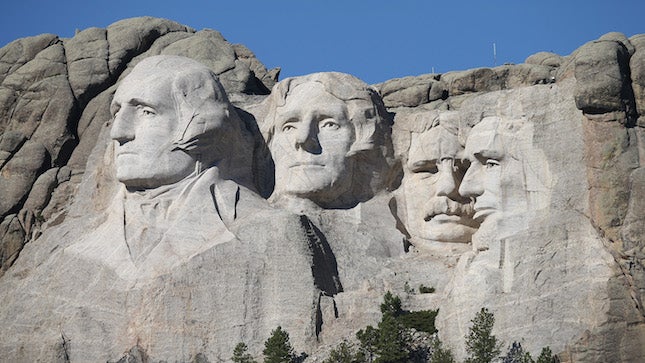 A second South Dakota tribal leader called for the removal of the four sculptures on Mount Rushmore, which is carved into land sacred to the Lakota Sioux.

“Nothing stands as a greater reminder to the Great Sioux Nation of a country that cannot keep a promise or treaty than the faces carved into our sacred land on what the United States calls Mount Rushmore,” Cheyenne River Sioux Tribe Chairman Harold Frazier said in a statement, according to USA Today.

Frazier also criticized President Trump’s and South Dakota Gov. Kristi Noem’s (R) plans for a July 3 fireworks display at the monument, according to the newspaper.

“We are now being forced to witness the lashing of our land with pomp, arrogance and fire hoping our sacred lands survive,” he said. “This brand on our flesh needs to be removed and I am willing to do it free of charge to the United States, by myself if I must.”

Oglala Sioux President Julian Bear Runner has also called for the removal of the monument, which he called “a great sign of disrespect” last week.

The federal government initially recognized Sioux ownership of the Black Hills, where the monument is carved, in an 1868 treaty, but the U.S. government seized them in 1876 as part of a series of post-Civil War campaigns against Native Americans after gold was discovered in the Black Hills. A federal court awarded the tribes $17.1 million for the territory in 1979, but the Sioux Nation declined the money rather than give up their claim on the Black Hills.

The monument was carved by artist Gutzon Borglum, a known member of the Ku Klux Klan.