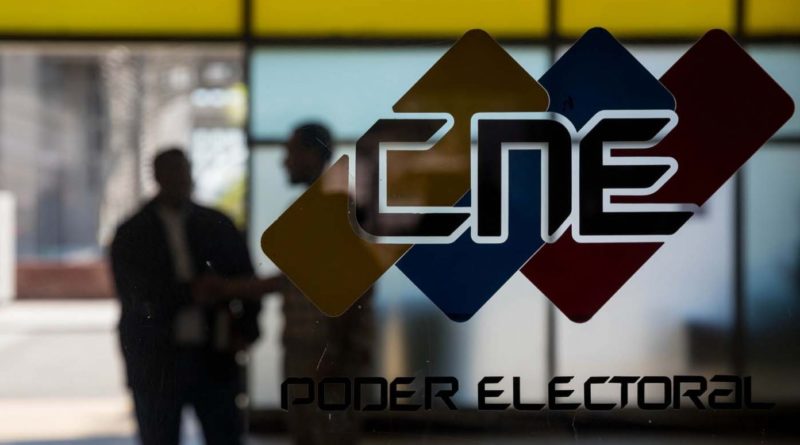 Setting aside his agreement or not with the Supreme Court of Justice, Rafael Simón Jiménez, vice-president of the CNE, stresses that it was not necessary to modify the Constitution to increase the number of deputies for the National Assembly (AN), as approved by the Electoral Power, following the guidelines of the Constitutional Chamber.

In an interview for Últimas Noticias, the main rector of the CNE, announced that the electoral campaign will have public financing, denied that the electoral process called to elect the new AN is being done “on the run”. But, in addition, he explained how the 48 national deputies will be awarded, extracted from the party lists, he predicted that the new parliament will be “much more diverse” and predicted that people will go out to vote “as long as they see that there is no other alternative.”

– What are the changes in the norms approved by the CNE which will govern the 6-D elections?

-The novelties of these rules is the increase in the number of deputies to choose. Secondly, the modification in the adjudication system that was traditionally 70% by district, done by majority vote and 30% only by proportional representation and that percentage is inverted 50 to 50. That is, in each state they will choose 50% of the representatives that correspond to it by list and 50% by circuit. And there is a list, which is perhaps the major change of all, is a list that is called the complementary award of 48 national parliamentarians who are the ones who really increase the number of parliament. Out of the 110 new deputies to be elected, to reach 277, these are 48, a provision is established that any state that has less than three deputies, must choose at least three. Historically, the issue of proportional representation and the issue of how to mitigate the gripping consequences of the majority system has been a vindication of small parties.

– Why is it a demand of the minority parties?

-Always in Venezuela, since the times of the fourth republic, the parties bid or fought for a much more democratic system, let’s say, that the votes really translated into suffrage and well, this is a result of the agreements that were signed at the National Dialogue Table. They are going to expand, not only the number of deputies, but it is going to result in a much more diverse, much more plural, much more poly-colored parliament.

-The perversion of that system (the old one) is that whoever comes in first, the first minority or majority, takes everything. Sometimes the largest mass of voters is left out, without representation. Let me explain it to you, a deputy who competes for a district, suppose Chacao and get 28% of the votes and competes against 5 who get 26%, 24%, 12%, all the rest of those votes are lost; that is, they have no representation. For this reason, we sought to mitigate the effect of the uninominal method.

– And how will these 48 deputies be awarded

–Awarded by a national list, whose number of votes will be counted by the votes obtained by each party from the regional lists. It is a mathematical formula … well, you know that there are people here who, if you tell them one thing, if you make the parliament smaller, they call it totalitarianism, if you make it bigger, they say that it is the dictatorship of the proletariat, polarization is the death of the truth.

– Is the party system ready to take on these changes?

– It is a demand of the parties, it is a demand (from small parties), it is a concession made by the government or the PSUV, the National Dialogue Table. It is a concession to the opposition. And another important element that was agreed upon and announced by the CNE president herself yesterday, is that there are no changes in the electoral circuits (districts); that is to say that the districts that were in the 2015 elections, remain untouched.

-The opposition parties that asked the Constitutional Chamber to designate a new CNE also asked that the State finance the political parties, a request that was not resolved. How is that?

-Was it necessary to modify the Constitution to increase the number of deputies to the National Assembly?

-The interpretation made by the Supreme Court of Justice is that constitutional norms, as they are so difficult to modify, because they require extreme mechanisms not only in the procedure but later to vote on them in a popular referendum. The interpretation is that, in this case the Constitutional Chamber, which gave power in the Constituent Assembly of 99 to develop constitutional norms, in the ruling they say, that, taking into account the fundamental values of the Venezuelan people of participation, democracy, and political pluralism, they proceeded to make some modifications. Because the Constitution cannot be a rigid body, a stony body, but it must adapt by way of legislative development to the new realities. That is the basis of the ruling.

-Based on that, then the amendment of the Constitution is not necessary for the increase of seats in the AN

It is not, because there was also a report there, which is another important thing, because they are saying that this was done on the run, I do not know if the National Statistics Institute (INE), the population figures it publishes are true or false, I am not a guarantor, but well those are the figures that the Constitution refers to. We received a report according to which the Venezuelan population, as of December 6 of this year in projection, is going to be 32 million 778 thousand inhabitants, if you calculate the 1.1% (stipulated in Art. 186 of the Constitution) and that gives 300 and something votes that, divided between the base population, assign each state a number of seats.

-There are voices that have said that they do not believe in these elections and are unaware of the electoral body. There is a CNE plan to reverse that current of opinion.

-Well, only the ones who want to understands will understand. I repeat that polarization is, as they say in my town, glasses with pig leather lenses. Whoever does not want to understand it, won’t understand it. The dilemma is very simple: vote or do nothing. And I say to the abstentionists, they have to propose an alternative route to the people because it is very like saying ‘don’t vote’, without telling them what the way ahead is. And I believe that between the institutional CNE’s media campaign and the political campaign of the political parties that are going to attend the elections, there are 29 national parties. It is a list that has not yet been completed, there are, I believe, 50 regional groups, voter groups; I mean, I notice a progressive change in trend. I have no illusions, I think it is premature to foresee what can happen, in short,
but if I think that Venezuelans, as long as they see that there is no other (real) alternative for change, that they do not have other (effective) instruments for change, that they do not have other tools to change things, they are going to end up voting.