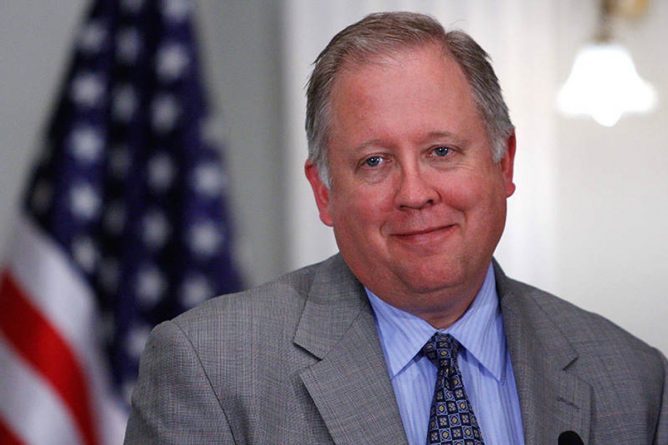 Thomas Shannon, said that the US blockade against Venezuela, generates the same effect as the one generated by a bombing.

Thomas Shannon, who served as Undersecretary for the Western Hemisphere of the United States Department of State, compared the effects of sanctions with the bombing of industrial cities by British and American forces during World War II, against locations in Japan and Germany.

“More or less like the bombing of Dresden and Tokyo. We are seeing the destruction of Venezuela as a country and as a society,” said the former US official who stressed that these unilateral actions of imperialism” cause enormous harm to the Venezuelan people”.

Despite his strong position against the Bolivarian Revolution, during his long stay at the State Department, Shannon lamented that there are people who deny this war against the Venezuelan people and questioned those who, for the sole desire to overthrow the constitutional president Nicolás Maduro, have supported this genocidal policy that deepened in Trump’s supremacist administration.

“It is incredible that some people deny this, but that underlines, first, the enormity of their miscalculation when they supported the sanctions against oil and gas, and second, their desire to cause enormous damage to Venezuela to throw Maduro of power,” he said in an interview published by the US Financial Times.